Praneet Bhatt on Bigg Boss 8: What People Suffer in a Lifetime, I Faced in 13 Weeks 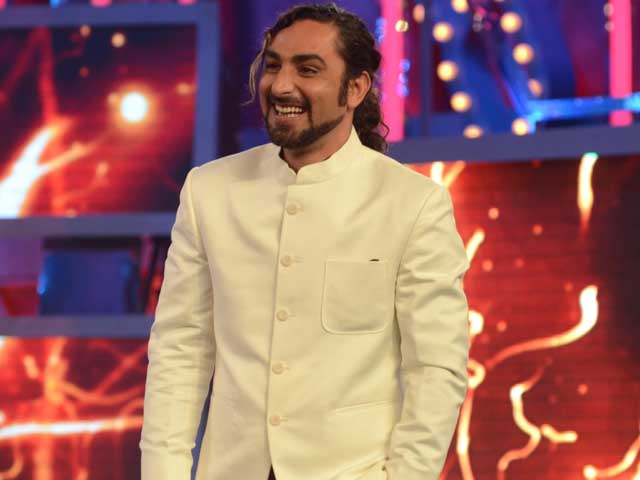 "I got fed up with everything inside there," said actor Praneet Bhatt, who was evicted from the TV reality show Bigg Boss 8 on Sunday and describes his 13-week stay as a life-changing experience.

The 34-year-old often touted as the 'Shakuni' inside the house, a character that he played in mythological show Mahabharat, was evicted after being nominated alongside Sonali Raut, Karishma Tanna and Upen Patel.

Asked about the reason behind his eviction, Praneet told IANS: "In the last few weeks all incidents that were happening inside the house, I had taken a step back from all that. I was fed up with everything inside there. But I'm happy that I was there for 13 weeks."

He feels that the Bigg Boss is the main villain behind all the fights and complications inside the house.

"According to me, the villain is Bigg Boss," he said.

"They created circumstances like shortage of food, sleepless night and many more due to which we fought with each other. What people suffer in a lifetime, I faced it in 13 weeks. Yet, I feel I have come out of the house as a better human being."

However, he managed to be friends with Puneet Issar, Pritam Singh and Gautam Gulati. Together they went on to make a group titled 'P3G'.

Although it was alleged that they plotted and planned nominations, Praneet thinks otherwise.

"People have given it (P3G) a name, but what I feel is that we were genuine friends. We never thought of plotting and bitching about any other contestant. Puneet is a very emotional human being. It was just the format of the show that forced him to do what all he did inside there.

I joined Bigg Boss as Praneet Bhatt not as 'Shakuni'. I got close to everyone inside the house. Pritam is my best friend. I don't feel anybody is fake inside the house. It was a lifetime experience for me and life-changing too," Praneet said.

Praneet says that the best part about the show was that he got to meet Bollywood superstar Salman Khan, who is hosting the show.

"Being an actor I do whatever producers ask me to do. I joined Bigg Boss as Praneet Bhatt not as 'Shakuni'.

Promoted
Listen to the latest songs, only on JioSaavn.com
"The show was a platform for me to meet Salman sir. I'm a huge fan of his, so it feels great that I have finally met him. It's like a dream come true."

Bigg Boss draws a huge audience mainly for its controversies and acrimonious fights. Now eight contestants are fighting for the prize money.