Prachi Desai Wants a Rock On!! Film With All Female Cast 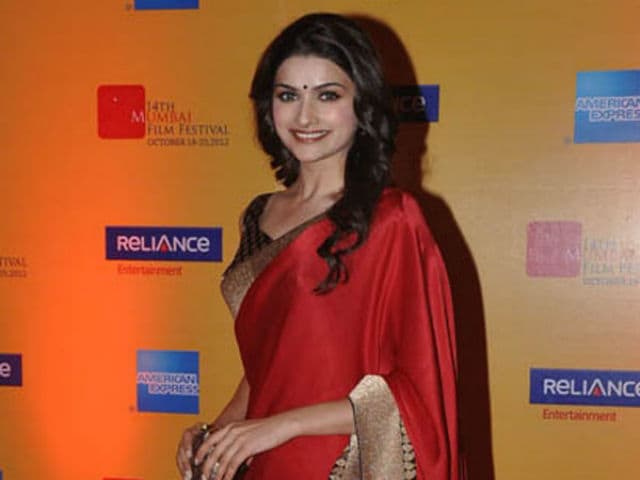 Prachi Desai at an event in Mumbai

Mumbai: Prachi Desai is excited about for the upcoming sequel of Rock On!! franchise but the actress says it would be great to have a series made with all-female cast.

Rock On!!, which released in 2008, was about a music band of four boys, played by Farhan Akhtar, Arjun Rampal, Purab Kohli and Luke Kenny.

Prachi, who played Farhan's wife in the first film, says the kind of bond today's actresses share with each other should be interesting enough for a filmmaker to think about a musical with an all-female star cast.

"Having a film on those lines would be a lot of fun. I don't know why anyone hasn't thought about that. Today, Bollywood is getting so much more experimental, why should women be behind," Prachi told PTI.

"The kind of camaraderie we women share, it is a subject worth going into. Even the audience today is accepting films of diverse genres."

Rock On!! also featured actresses Shahana Goswami and Koel Poorie. Prachi reveals the ladies used to joke that there should be an all-girl band movie.

"In fact during Rock On!!, there were so many women on set that sometimes we used to joke that if this becomes successful, there should be an all-girls-band film next," the Azhar actress said.

Rock On!! 2 is set to hit theaters on November 11. While the first was directed by Abhishek Kapoor, the sequel has been directed by Shujat Saudagar. Its cast has an addition in form of actress Shraddha Kapoor.

She says even though the film is about male-bonding, it will have equal important parts of everybody in the cast.

"This film is a contribution of every character's story put together. Some might relate with the character of Farhan, some Arjun, some mine. All are equally important, without one, the other can't move ahead," Prachi said.

Prachi was last seen in the sports drama film Azhar in 2016, directed by Tony D'Souza.