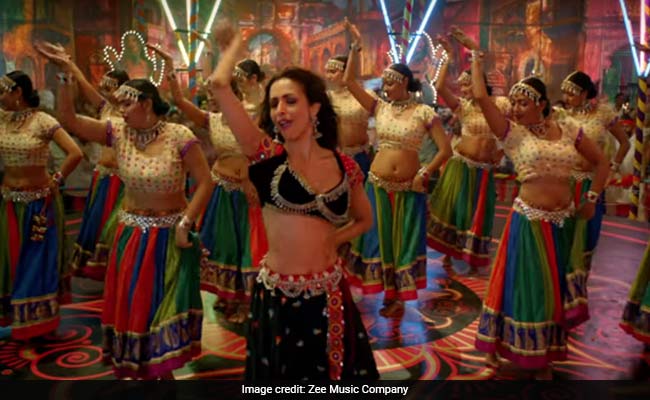 Malaika Arora in still from the song (Courtesy YouTube)

After unveiling the first song from the filmPataakha, the makers have dropped the second song - Hello Hello - which features Malaika Arora. Hello Hello is a peppy dance number sung by Rekha Bhardwaj and composed by none other than the film's director Vishal Bhardwaj. Lyricist Gulzar has written the lyrics for the song and Ganesh Acharya has choreographed it. Hello Hello has a feisty carnival-like setting and needless to mention, Malaika Arora is the highlight of the video. The 4.18 minute video opens with Radhika Madan and Namit Das having a conversation regarding his job prospects following which Malaika makes a jhakaas entry.

Malaika Arora is best known for her appearances in special dance sequences like Chaiyya Chaiyya, Munni Badnaam Hui and Anarkali Disco Chali, which continue to remain favourite with the movie-buffs.

Malaika Arora in an earlier interview to news agency PTI had mentioned that she had "great fun" while shooting for the special song in Pataakha. "It was great fun shooting for the song. I have immense respect for Vishal sir and Gulzar sahab. Rekha has sung the song. They have created magic in the past and I am very happy to be the part of this track. I love the title of the film and title of the song," PTI quoted Malaika Arora as saying.

The riveting trailer of the film released last month had garnered immense appreciation from the viewers. The Vishal Bhardwaj-directed comedy drama revolves around the lives of two sisters Badki and Chhutki. The film is based on Charan Singh Pathik's short-story Do Behnein. The film also stars Sunil Grover and Vijay Raaz.

Pataakha is scheduled to release on September 28.