Oscars 2023: All That Breathes And The Elephant Whisperers Nominated 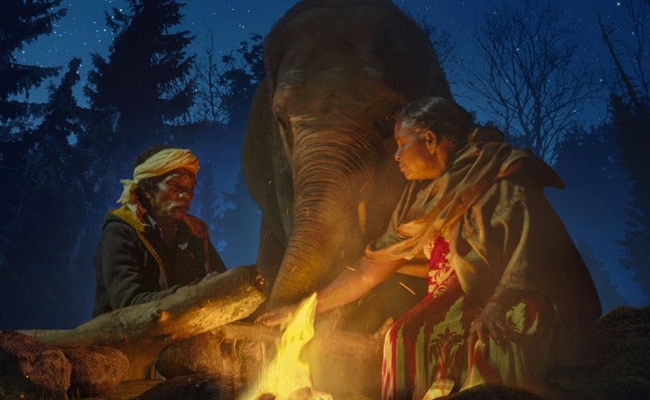 A still from The Elephant Whisperers

Indian-made documentaries All That Breathes and The Elephant Whisperers have been nominated for Oscars. All that Breathes will compete for Best Documentary Feature Film at the 95th Academy Awards. The Elephant Whisperers is among the nominees for Best Documentary Short Film. The nominations join that of RRR which is going to the Oscars as well. The globally viral Naatu Naatu is up for Best Original Song. Last Picture Show, India's official Oscar entry, has missed out on a nomination in the Best International Feature Film category.

All That Breathes, directed by Shaunak Sen is a film that revolves around an evolving city and a fraternal relationship bonded by purpose as it follows siblings Mohammad Saud and Nadeem Shehzad, who rescue and treat injured birds. Other films that have been nominated under this category are - All The Beauty And The Bloodshed, Fire Of Love, A House Made Of Splinters and Navalny.

Directed by Kartiki Gonsalves, The Elephant Whisperers tells the story of a South Indian couple who devote their lives to caring for an orphaned elephant calf. The other nominees in Best Documentary SHort category are - Haulout, How Do You Measure A Year?, Stranger At The Gate and The Martha Mitchell Effect.

Producer Guneet Monga shared a series of tweets on The Elephant Whisperers' nomination. "This nomination is a big reward in itself," she wrote

The Elephant Whisperers is nominated at the Oscars!

This film is an ode to devotion and love..an ode to unconditional selfless love for the beautiful baby ellie Raghu who felt all the emotions like us humans but only two could hear his whispers - Bomman and Bellie. pic.twitter.com/UNHr8uZOKv

My dear team @sikhyaent - this nomination is a big reward in itself, let's take the final leap with the same faith!

*This journey has also been* about the representation and making our country proud. So here's to India, and here's to all of us.

The Oscar nominations were announced today by actors Alison Williams and Riz Ahmed. The 95th Academy Awards will be held in Los Angeles on March 12. Jimmy Kimmel will host for the third time.

Oscars 2023india at the oscarsoscar nominations