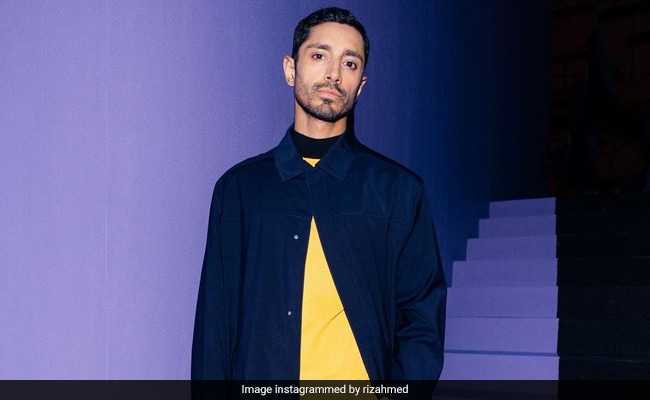 Riz Ahmed has become the first Muslim to be nominated for Best Actor in the Academy Awards for his role in Sound Of Metal. He is also the first Pakistan-origin person to be nominated in an acting category. In the film, the British actor-musician plays the role of a drummer who loses his hearing capabilities. Also an activist, Riz has been a proud receiver of many coveted trophies in the past, including a Primetime Emmy Award and London Film Critics' Circle Award. He made it to the annual Time 100 list of the world's most influential people in 2017 and his role of Carlton Drake in the 2018 film Venom was widely appreciated.

Let's take a look at some interesting facts about the talented actor.

1. Riz's parents hail from Karachi, Pakistan, but he was born and brought up in Wembley, London.

2. He has a degree in PPE (philosophy, politics, and economics) from the Christ Church, a constituent college of the University of Oxford. He later fine-tuned his acting chops at Central School of Speech and Drama.

3. Riz Ahmed is also a pro rapper. One of his best-known raps is 'Post 9/11 Blues' which attracted controversy due to its satirical and politically sensitive lyrics.

4. Riz, along with Himanshu Suri, created Swet Shop Boys. They released Swet Shop EP, in 2014 and later went on to launch a full-fledged album titled Cashmere in 2016.

5. The actor founded the Hit & Run night, now deemed as one of Manchester's top underground music events. He was motivated to create it because he initially found himself out of place during his stay in Oxford.

6. Back in 2008, he was appointed 'Emerging Artist in Residence' at the Southbank Centre in London. He found it creatively satisfying after getting an opportunity to collaborate with new talents.

7. Riz also believes in giving back to nature and has actively been a part of the UK's climate action programme. In 2009, he played at the London Camp for Climate Action, a campaign that promotes zero-carbon society.

Speaking of his Oscar-nominated role in Sound of Metal, Riz told New York Times that he prepared for it by learning American Sign Language and drumming for a year. Apart from the Academy Awards, Riz Ahmed also made it to the nomination lists of Golden Globe, SAG Award, Spirit Award and BAFTA for his role as Ruben in the film.

Eddie Murphy, Father Of 10, Says, His Kids Are The "Center Of Everything"