Oscars 2019: The Academy's decision to hand out these awards during commercial breaks shows a fundamental misunderstanding of marketing and cinema. 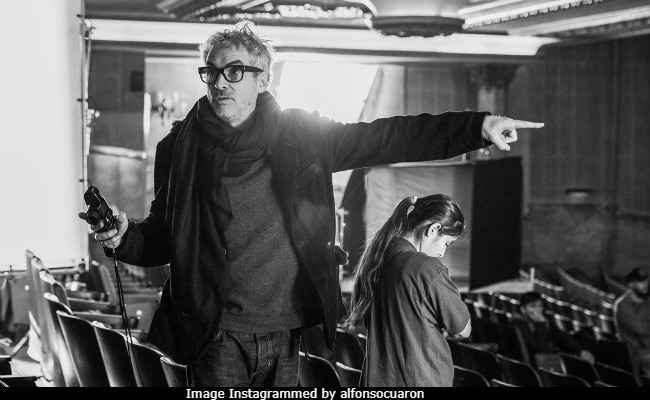 Alfonso Cuaron on the sets of Roma (courtesy alfonsocuaron)

Is someone spiking the water at the Academy of Motion Picture Arts and Sciences?

Throughout 2018 the organization - whose 6,000-plus members supposedly represent the finest in the filmmaking profession - committed a series of missteps, including decisions to hire, then un-hire, Kevin Hart to host the Oscars broadcast, and to limit the number of nominated songs performed on the show. Perhaps the most misguided move of all was the suggestion to create a new category of "best popular film," in a year when it was clear that such well-made box office hits as Black Panther and A Star Is Born would be nominated without of being graded on a curve.

Thankfully, that trial balloon quickly popped. But this week academy president John Bailey announced another doozy: to help pare the Feb. 24 broadcast down to three hours, four awards would be presented during commercial breaks, with the acceptance speeches streamed live online and aired later in the show. According to Bailey, the plan going forward is that between four and six different branches would get the hook from year to year; the academy branch leaders who "generously opted-in" for the shakedown run were those for live-action shorts, hair and makeup, cinematography and editing.

"Viewing patterns for the Academy Awards are changing quickly in our current multi-media world," Bailey explained in a letter emailed to members on Monday, "and our show must also evolve to successfully continue promoting motion pictures to a worldwide audience."

It's ironic enough that Bailey himself is one of Hollywood's most seasoned and well-respected cinematographers. But his claim that marginalizing his own craft will increase the Oscars' "worldwide audience" is directly contradicted by the notable fact that all of the nominees this year have strong rooting interest around the globe: Cold War's Lukasz Zal comes from Poland. Roma's Alfonso Cuaron is Mexican. The Favourite, a British-produced film directed by Greek director Yorgos Lanthimos, was photographed by Robbie Ryan, from Ireland. A Star Is Born's Matthew Libatique traces his roots to the Philippines. Caleb Deschanel was nominated for his exquisite work on the German film Never Look Away.

The academy does grievous damage to cinema literacy at a time when we're awash in images to unpack and interpret. Although it's usually directors and stars who are the public faces of our favorite movies, film is a famously collaborative medium. Even at their silliest and most self-serving, the Oscars have provided viewers a reminder that hundreds of people put in thousands of hours of difficult and exacting work to build worlds that we can sink into with seamless ease or astonished awe. They helped demystify a creative process that is often imagined as springing fully formed from an auteur's forehead.

Even more hurtful is that two of the categories selected for the chopping block - cinematography and editing - are without question the foundational elements of cinematic grammar. They are literally what make motion pictures that move. As Guillermo del Toro aptly wrote in a critical tweet, "cinematography and editing are at the very heart of our craft. They are not inherited from a theatrical tradition or a literary tradition. They are cinema itself."

That an academy nominally dedicated to celebrating its own technical and aesthetic excellence could so blithely betray its most fundamental values is only slightly more disturbing than the fact that these are the guys who are supposed to be the best in the business: consummate visual storytellers with finely tuned instincts for stagecraft, narrative, emotional oomph and, above all, optics. How could these showbiz veterans be so flat-footed when it comes to figuring out how to create a satisfying three-hour spectacle?

As is the case when one of their sure things flops, here the academy leadership doesn't seem to understand their audience. As Oscar ratings have waned over several years, we've seen increasingly desperate attempts to win back fans and recruit younger viewers, by trying out various hosts (James Franco and Anne Hathaway say hi) and bogging down the telecast with stunts involving selfies, a visit from clueless tourists and stars visiting a nearby multiplex auditorium to throw out candy. But people have never watched the Oscars for pizza deliveries and other distractions. They watch for a number of reasons - fashion, celebrity, pop culture kitsch - but primarily because they love movies.

It's a lesson that Hollywood needs to learn over and over again, from Black Panther-esque blockbusters to sleeper hits such as A Quiet Place (nominated for sound editing): If you serve your core audience with intelligence, ingenuity, novelty and respect for the values they hold most dear, the resulting movie will transcend niche and gain universal appeal.

Rather than indulge in mortifying faux populism, the academy should embrace the role it likes to tout for itself as an exclusive group of standard-bearing sages and arbiters of technical prowess. Serve their fellow cinephiles by way of a lively, sophisticated and meaningful show, and others will tune in. If anything, the Oscars should double down on honoring below-the-line crafts, perhaps with clips of the nominees explaining in two or three lines how their colleagues contributed to their respective films and helped create the audience's visual and emotional experience. What we'd lose in shameless pandering we'd make up for with insiderism that isn't alienating but edifying, appealing to the Oscars' core constituency more casual viewers alike.

That the academy keeps running away from the high ideals it claims reveals yet again a tension - some might call it hypocrisy - that has animated the organization since its founding in 1927, between its carefully crafted self-image as august pantheon and its real mission as a marketing vehicle dedicated "to successfully continue promoting motion pictures," as Bailey so candidly expressed in his letter. "This has been our core mission since we were established 91 years ago," he wrote, "and it is the same today."

In other words, our biggest advertisement for ourselves must go on, preferably under budget and on time. If the academy is serious about the latter - and if it has a shred of interest in preserving the notion that it's as invested in brilliance as in ballyhoo - maybe they can ask an editor.

(Except for the headline, this story has not been edited by NDTV staff and is published from a syndicated feed.)
Comments
oscars 2019oscars 2019 category