Oscars 2016: A Highlight Reel of Inequality 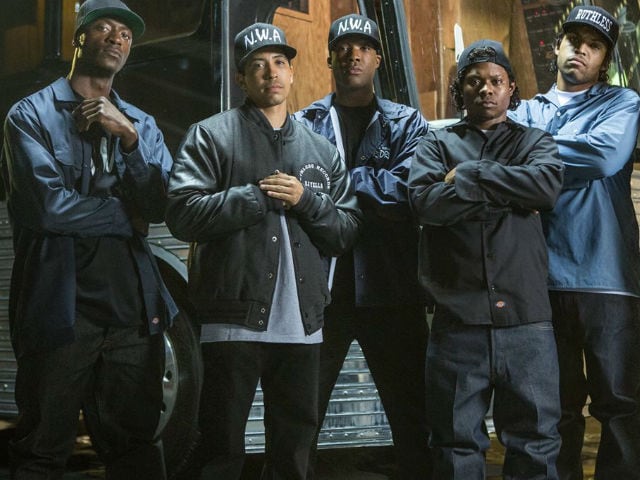 A still from the film Straight Outta Compton

It's time for all moviemakers to be judged not by the color of their skin but by the content of their creations. Grass-roots hashtags like #OscarsSoWhite and #OscarsSoMale are calling out the Hollywood old boy network. Director Spike Lee says he will boycott the show, but host Chris Rock and award winners may use their time onstage to call attention to the subject. Will any of the white men who dominate the nominations come out in support of women and minorities? In movies, camera follows action. In real life, we'll see if action follows awareness. (Also Read - Oscars 2016: The Real Best Pictures of The Past 40 Years)

Still, the ceremony is about 18 hours long, give or take. Here's some background material you can use to start conversations at your Oscar party about race, gender and where Hollywood is heading. (Also Read - Oscars 2016: What These 4 Hollywood People do in the 24 Hours Before Show)

The Women's Media Center (co-founded by two-time Oscar winner Jane Fonda) recently reported that in the past decade, women have received only 19 percent of all non-acting Oscar nominations. This year in cinematography, directing and editing, only one woman made the cut. This article makes the case that Sixel is the Imperator Furiosa of the editing room.

This 2008 HBO special may offer insight into why Rock agreed to host the show a second time. "I live in a place called Alpine, New Jersey. My house costs millions of dollars," Rock tells the audience. ". . . In my neighborhood there are four black people . . . me, Mary J. Blige, Jay Z and Eddie Murphy. . . . Do you know what the white guy who lives next door to me does for a living? He's a f---ing dentist. He ain't the best dentist in the world. . . . He's just a yank-your-tooth-out dentist. . . . I had to make miracles happen to get that house. I had to host the Oscars to get that house." Rock filed for divorce in 2014, and reportedly his ex-wife, Malaak Compton, has remained in Alpine. Sounds like someone needs a new house.

"Pictures at a Revolution: Five Movies and the Birth of the New Hollywood," Mark Harris

A page-turner about the 1968 best picture race among Arthur Penn's Bonnie and Clyde, Mike Nichols's The Graduate, Stanley Kramer's Guess Who's Coming to Dinner, the box-office bomb Doctor Doolittle and Norman Jewison's In the Heat of the Night. Jewison's movie and star Rod Steiger won top honors, although co-star Sidney Poitier was snubbed - kind of like Sylvester Stallone and Michael B. Jordan in Creed this year.

After winning for Boyhood, Arquette powerfully called for "wage equality once and for all and equal rights for women in the United States of America." Her statement triggered more outcry from fellow actresses, including Jennifer Lawrence. In October, Bradley Cooper jumped on board to say he would share his salary information with his female co-stars to help in their negotiations. This is how progress is made.

During the Academy Awards, you might even talk about movies. Last year, Nate Silver's site went five for six in calling the big awards (best lead and supporting actors, director, best picture). Read why the model predicts that the fifth time will be a charm for Leonardo DiCaprio.

In 1997, Cuba Gooding Jr. became the sixth African American actor to win an Oscar, for his portrayal of a football player in Jerry Maguire. His best supporting actor acceptance speech lit up the room, but his career shorted out. Some say it's the worst recorded case of "the Oscar curse." That curse is now lifted. Gooding is back on top, playing another football player. This raises the question: Is there a difference in the level of acting between TV and films anymore?