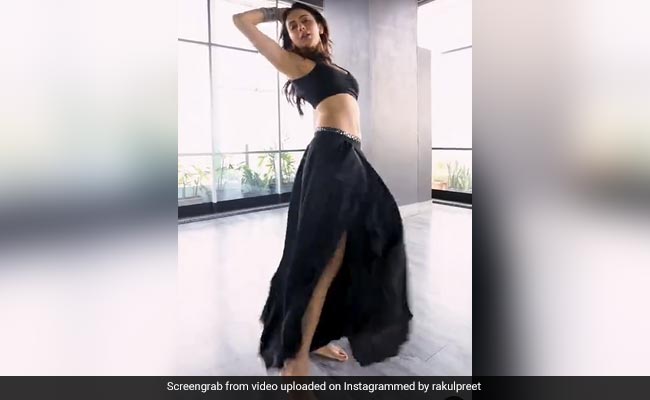 Rakul Preet Singh in a still from the video. (courtesy: rakulpreet)

Rakul Preet Singh is ruling the dance floor in her latest Instagram entry and how. On Friday, she shared a video of herself dancing to the popular track Pasoori by Shae Gill, Ali Sethi. Rakul Preet Singh captioned the video: "Feels for my current fav song." Thanking celebrity dance coach Dimple Kotecha, Rakul Preet wrote:"Thankyouuuu Dimple Kotecha for being the best." In the comments section, Rakul Preet's boyfriend and film producer Jackky Bhagnani wrote: "Can you teach me also." Also, Rakul Preet's Instafam filled up the comments section of her video with a string of heart emojis.

Rakul Preet Singh and Jackky Bhagnani made it Instagram official on the actress' birthday last year. "You have been my biggest gift this yea! Thank you for adding colour to my life, thank you for making me laugh non-stop, thank you for being you. Here is to making more memories together," she wrote.

Bhavana Pandey's Shout Out To Daughter Rysa's Performance: "Shine On"