On Kajol's Birthday, Helicopter Eela Trailer Is Her Return Gift To Fans

On Kajol's 44th birthday, the actress shared the film's trailer on social media and wrote: "Trailer is here! Film will be everywhere on 7th Sept!" 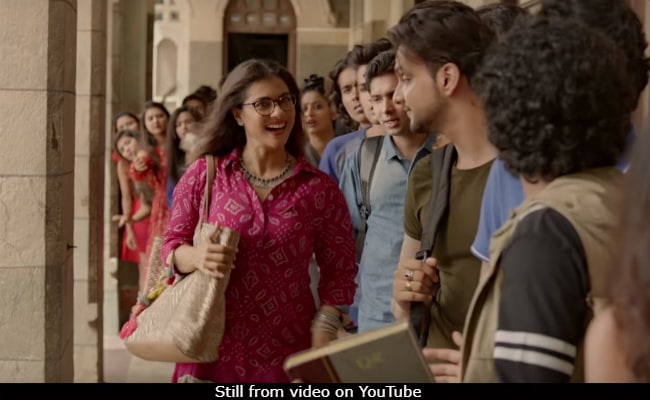 Kajol's new film Helicopter Eela is said to be about "reinventing parenting techniques" and the trailer offers a glimpse of the coming-of-age subject that the movie deals with. On Kajol's 44th birthday, the actress shared the film's trailer on social media and wrote: "Trailer is here! Film will be everywhere on 7th Sept!" The primary cast of Helicopter Eela includes Kajol and National Award-winning actor Riddhi Sen - the actress plays a single mother named Eela while the young star is her college going son Vivaan. The trailer begins with an ingenious idea shared by Vivaan, which ultimately backfires on him.

Vivaan suggests that Eela should complete her studies after a gap of 22 years, following which she joins Vivaan's college as his batch-mate. The trailer then shows how Kajol follows around Vivaan with a tiffin dabba and barges into his audition sessions only to deliver food. Soon, the whole setting appears to be rather suffocating for Vivaan, who wants to enjoy a normal college life. The mother-son duo have an argument, after which Eela realises maybe it's time for her to focus on herself rather than centring her life around her son. Eela, who was once a singer, busies herself with her long-lost hobbies in an attempt to win her son back.

Directed by Pradeep Sarkar (who helmed Mardaani and Parineeta), Helicopter Eela also stars Tota Roy Chowdhury and Neha Dhupia in key roles. Helicopter Eela is arriving in theatres on September 7, following which Kajol will be seen in a cameo role in SRK's Zero, releasing on December 21.

Thank you, Kajol, for such a wonderful return gift on your birthday!