On Birthday, Ashutosh Rana Gets A Whole Lot Of Love And A Special Note From Wife Renuka Shahane 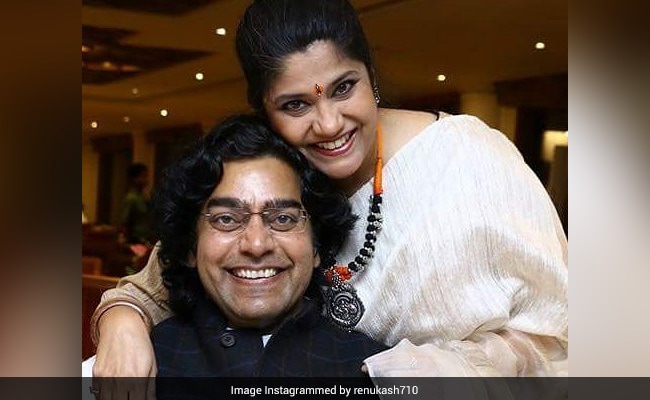 Happy birthday, Ashutosh Rana! The actor, who is known for playing villainous roles in Bollywood films, turned 53 on Tuesday. On Ashutosh Rana's special day, his wife, actress Renuka Shahane, showered him with a whole lot of love on social media. She posted a special birthday wish for him, in which she wrote: "Love you forever and beyond. Happy birthday, Ranaji." The post features a picture collage comprising a few candid clicks of Ashutosh Rana. In most of the images, he can be seen laughing with all his heart. The actor and Renuka Shahane have been together for over 19 years now. They celebrated their 19th wedding anniversary in May. The couple are parents to two sons - Shouryaman Rana and Satyendra Rana.

Here's what Renuka Shahane shared for Ashutosh Rana on his birthday:

On their wedding anniversary earlier this year, Renuka Shahane picked a beautiful picture from their wedding album and wished Ashutosh Rana with a loved up note. "You and I....what a beautiful world....19 years ago today.... love eternal," read her caption.

You and I....what a beautiful world....19 years ago today.... love eternal @ashutosh_ramnarayan

Ashutosh Rana is best known for playing the role of a serial killer named Gokul Pandit in Kajol and Sanjay Dutt's 1998 film Dushman. We can never forget his memorable performance in Akshay Kumar and Preity Zinta's 1999 film Sangharsh. He played the role of a trans woman who would kidnap kids and kill them in the name of religion in that film.

Ashutosh has also worked in a couple of television shows like Swabhimaan, Farz, Sazish and Kaali- Ek Agnipariksha.