Nushrratt Bharuccha Reveals Why She Tweaked Her Name

"This was not because life was great and I wanted it to be better. I always wanted to get a consultation for my name for a very long time," Nushrratt Bharuccha said in an interview 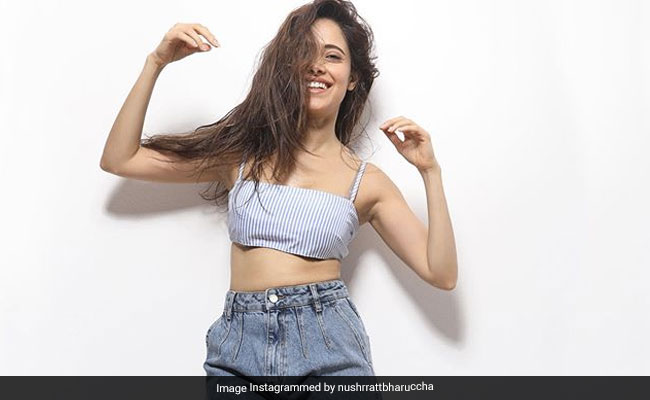 Read carefully - she's Nushrratt Bharuccha now. The 35-year-old actress recently changed the spelling of her name from Nushrat Bharucha to Nushrratt Bharuccha and updated her social media profiles with the new one. In an interview with Hindustan Times, she revealed the reason behind doing so. When Nushrat was asked if she changed her name for good luck, she said: "This was not because life was great and I wanted it to be better. I always wanted to get a consultation for my name for a very long time." Nushrratt Bharuccha was last seen in Dream Girl, which made over Rs 100 crore. 2011 movie Pyaar Ka Punchnama turned out to be a career defining film for Nushrratt Bharuccha. She's also starred in the subsequent super-hit films in the Pyaar Ka Punchnama series.

Speaking to HT, Nushrat revealed she believes in numerology and she took the decision after professional consultation: "I met a numerologist and they explained the science to me. I believe a lot in universe and how it works via energies and vibrations. They explained to me about the potential of the new spelling of my name and I did it."

In the past, celebs such as Rani Mukerji, Ayushmann Khurrana, Hrithik Roshan, Rajkummar Rao, Karisma Kapoor, Tusshar Kapoor, among others have tweaked their names according to numerological suggestions.

Nushrratt Bharuccha will next be seen in Chhalaang, co-starring Rajkummar Rao. The film releases on Amazon Prime on November 13. Nushrratt Bharucha has also starred in films such as Love Sex Aur Dhokha and Akaash Vani.