"I can say with the love our show got that he was loved by his fans," wrote Ekta Kapoor 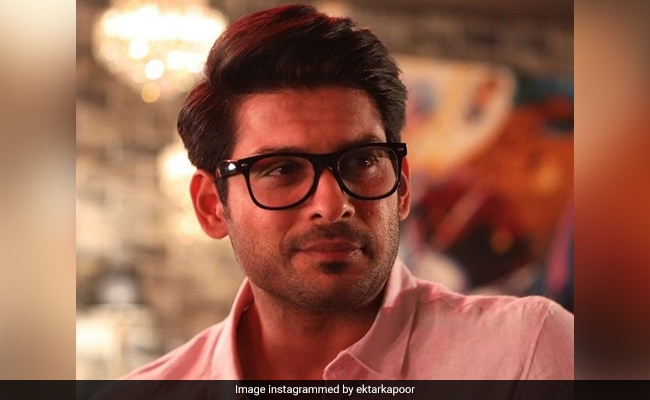 Sidharth Shukla, who died on Thursday morning, was last seen in the third season of Ekta Kapoor's show Broken But Beautiful. He was 40. Mourning the actor on social media, Ekta Kapoor posted a still of him from the show, where he starred in the lead role as struggling theatre writer-director Agastya Rao in the third season. She accompanied the photo with an emotional note, in which she also wrote about the "sinking feeling" that she felt last year too after the death of actor Sushant Singh Rajput in June. Ekta worked with Sushant on many TV shows, including Pavitra Rishta.

"Numb since yesterday! Same sinking feeling of last year! Two young dynamos and a fate unplanned!" wrote Ekta Kapoor in her eulogy and added: "Rest in peace, dear Sidharth! Never thought Agastya Rao's story would end like this! Strength to the family, loved ones and fans! I can say with the love our show got that he was loved by his fans! #ripsidharthshukla."

Sidharth made his acting debut with a TV show titled Babul Ka Aangann Chootey Na, in which he co-starred with Aastha Chaudhary. He went on to feature in soap operas like Jaane Pehchaane Se... Ye Ajnabbi and Love U Zindagi before becoming a household name for his performance in Balika Vadhu: Kacchi Umar Ke Pakke Rishte.

Sidharth Shukla's Last Co-Star Sonia Rathee Writes, "You Had A Heart Of Gold"