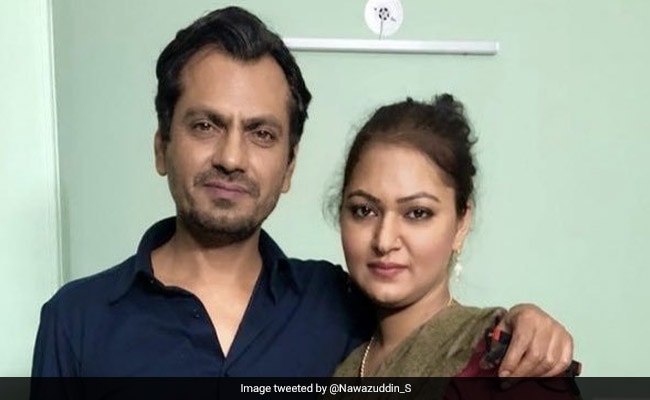 Actor Nawazuddin Siddiqui's sister Syama Tamshi Siddiqui died on Saturday after a long battle with cancer, said news agency PTI, citing family sources. She was 26. Syama Tamshi Siddiqui was diagnosed with advanced stage of breast cancer at the age of 18, which the Sacred Games actor had revealed in a post earlier. According to PTI, Nawazuddin Siddiqui was busy with the shooting schedule of Bangladeshi filmmaker Mostofa Sarwar Farooki's upcoming film No Land's Man in the US when the news of his sister's death reached him. The funeral was held at Nawazuddin Siddiqui's ancestral village Budhana in Uttar Pradesh on Sunday, reported PTI.

In October last year, Nawazuddin Siddiqui had tweeted about his sister's battle with cancer on her 25th birthday and wrote this emotional note: "My sister was diagnosed with advanced stage breast cancer at 18 but it was her will power and courage that made her stand against all the odds. She turns 25 today and (is) still fighting..." read Nawazuddin's tweet, who also added a thank you note for the doctors "for motivating" Syama.

On the work front, Nawazuddin Siddiqui was last seen in the comedy Motichoor Chaknachoor, in which he co-starred with Athiya Shetty. The movie received a cold response at the box office. He also has Bole Chudiyan in his line-up. In November, Nawazuddin Siddiqui attended the International Emmy Awards in New York to represent Netflix series Sacred Games and UK series McMafia, of which the latter won the Best Drama Series.