"I remember this because I went to the office for 6-7 months for Rs 2500. I didn't get those," said Nawazuddin Siddiqui 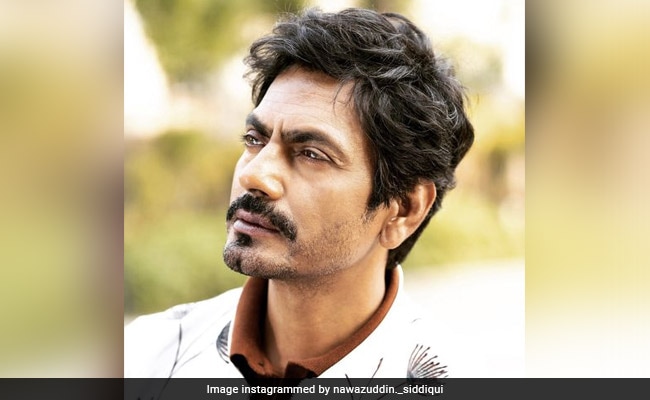 Nawazuddin Siddiqui's journey in Bollywood was anything but easy during the initial stages of his acting career. During a recent interview with Bollywood Bubble, the actor opened up about the time that he wasn't paid for work. The actor, who played a brief role as a waiter in the 1999 film Shool, starring Raveena Tandon and Manoj Bajpayee, said, "I needed money, I was not able to survive at that time. I was doing it all for survival. Like in Shool I had done the role of a waiter. Raveena Tandon and Manoj Bajpayee were sitting at the table and I came to take their order. That was it. They said I would be given Rs 2500 which I did not get to date. There are many like that, but I remember Shool very well. It is part of the job."

Nawazuddin, an alumnus of the National School of Drama, added, "But I remember this because I went to the office for 6-7 months for Rs 2500. I didn't get those, but yes I used to get food. What I did smartly later was that I used to reach at lunchtime at their office. So looking at my condition they used to ask, 'Khaana khayega?, paise toh nahi milenge but khaana khaale aaja.' So like that I ate food for 1 and half month so my money was paid that way."

The actor, who had small appearances in films like Sarfarosh New York, Munna Bhai M.B.B.S, among others, told Bollywood Bubble: "Aese bohot saari films hai. Bohot saari films toh mein batati bhi nai kisiko but mein hoon (There are so many such films that I don't even tell people about it but I am there)."

A star of critically-acclaimed films like the Gangs Of Wasseypur series and the Sacred Games web-series, Nawazuddin Siddiqui was seen in 2020 release Serious Men. He is currently working on two projects - No Man's Land and Jogira Sara Ra Ra. Last year, Nawazuddin Siddiqui was nominated in the Best Actor category at the International Emmy Awards for his role in Serious Men, a satirical drama film based on Manu Joseph's book of the same name.

On the professional front, the actor will next be seen in Heropanti 2 and Bole Chudiyan. He will also feature in Tiku Weds Sheru with Kangana Ranaut and Avneet Kaur. He has starred in films like Badlapur, Kick, Raman Raghav 2.0, Bajrangi Bhaijaan, Raees, Manjhi: The Mountain Man, Motichoor Chaknachoor and Raat Akeli Ha, among others.