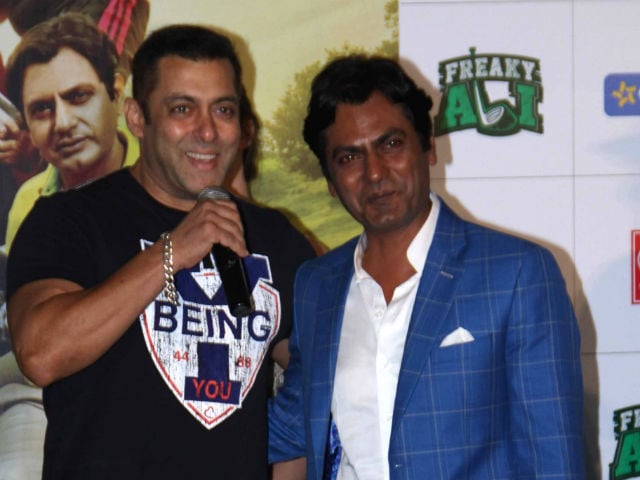 Mumbai: Superstar Salman Khan feels Nawazuddin Siddiqui, who plays the role of a golfer in his upcoming film Freaky Ali, is a one-take actor.

Playing the titular role in Sohail Khan's directorial venture, Nawazuddin starts out as a salesman for undergarments. He also doubles up as a local gangster who plays cricket and later somehow lands up playing golf.

"I had never played golf earlier. It is a technical game and I had to learn it. I practiced the game a lot. I practiced golf for 10-12 days," Nawazuddin told reporters here at the trailer launch of Freaky Ali last evening.

The Gangs of Wasseypur star, who is known for his acting skills, found difficulty while mouthing a dialogue to sell lingerie in a scene in Freaky Ali.

"The dialogue on underwear advertisement was the most difficult. I rehearsed it early morning before the shot," Nawazuddin said.

At the trailer launch event, the 42-year-old actor even mouthed that particular dialogue in a non-stop way, leaving the audience present in splits.

Salman, who was present at the trailer launch event, too couldn't control his laughter.

"That's why we took Nawazuddin (referring to the way he said the dialogue). He is freaky. He will give you that shot in one take. If I would have done then it would have taken 50 takes. Even after that I would have never been able to say that again," Salman said.