Nawabzaade: Varun Dhawan, Shraddha Kapoor Are Back Together With High Rated Gabru Redux 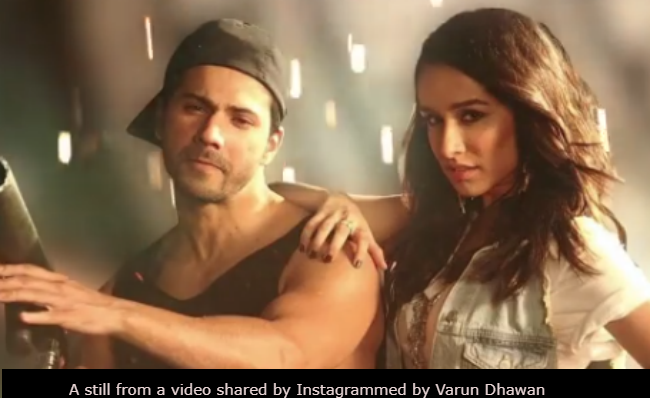 A still from the video High Rated Gabru (courtesy YouTube)

After starring in ABCD 2, Varun Dhawan and Sharaddha Kapoor are back together yet again. Guru Randhawa's super popular track High Rated Gabru has got a makeover to feature in the upcoming movie Nawabzaade and the recently released video casts the duo dancing to this peppy number. It's not just a reunion for Shraddha and Varun since the ABCD 2 gang - Raghav Juyal, Punit Pathak and Dharmesh Yelande - are back together for this song. The latest video has been choreographed by ABCD 2 director Remo D'Souza. We have been a witness to Varun Dhawan, Sharaddha Kapoor's jaw-dropping chemistry in the dance film, where the duo turned heads not just with their acting but their pitch-perfect dance moves and now, here's the latest video from the film Nawabzaade.

Varun Dhawan, with his effortless moves, is sure to impress the viewers but it is Shraddha who proves to be a little disappointing this time. The video also features Raghav Juyal, Punit Pathak and Dharmesh Yelande, who are part of the leading cast of Nawabzaade.

Guru Randhawa's High Rated Gabru has over 400 million views on YouTube and for the singer, this is not the first time that his song has been featured in a film. "This is my fourth song that has been picked for a Bollywood film after songs in movies Hindi Medium and Tumhari Sulu. It's an exciting period for me as I am getting to work with a lot of new people," IANS quoted Guru Randhawa saying.

Promoted
Listen to the latest songs, only on JioSaavn.com
Apparently, it is Varun Dhawan who suggested the song to the makers since he is "very fond" of the original track. "I was all charged when I heard that we were recreating the song with Varun paji. I've always been waiting for that. We have tried to maintain the vibe of the song with a few improvisations in lyrics," he added.

Nawabzaade stars Raghav Juyal, Punit J. Pathak and Dharmesh Yelande. The movie is produced by Remo D'Souza and is directed by Jayesh Pradhan.