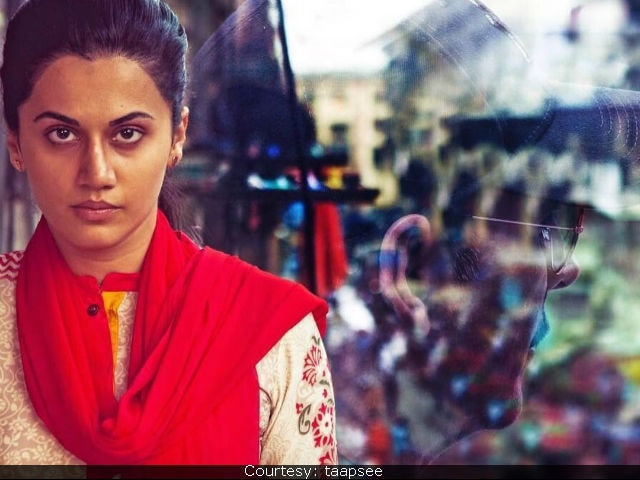 New Delhi: A new poster of Taapsee Pannu's upcoming film Naam Shabana was released by Akshay Kumar on social media on Sunday. The action-thriller is directed by Shivam Nair and unites actors from Akshay's 2014 film Baby. Taapsee's castmates in Naam Shabana are Anupam Kher, Danny Denzongpa and Madhurima Tuli. Manoj Bajpayee, Elli Avram and Prithviraj Sukumaran are the new entrants. The film is a spin-off to Taapsee's character from Baby. The film has been written by Neeraj Pandey and features Akshay Kumar in a pivotal role. Sharing the new poster on Twitter, the Jolly LLB 2 star wrote: "Shabana reminds me of a quote, "The only time a woman is helpless is when her nail polish is drying!""

Check out the new poster of Naam Shabana:

Shabana reminds me of a quote,"The only time a woman is helpless is when her nail polish is drying!"Sharing the #NaamShabanaPoster,more soon pic.twitter.com/KUsyv5Oi7t

Taapsee, 29, has undergone training in mixed martial arts for the role of Shabana Kaif in the film. The first poster Naam Shabana was released last week. The film has been shot in Mumbai and Malaysia and releases on March 31.

Earlier in November, Akshay shared the first look and wrote, "Get ready to see the awesomeness of Taapsee in Naam Shabana. This film belongs to you Baby!!"

Here's the first poster of the film:

Promoted
Listen to the latest songs, only on JioSaavn.com
Apart from Naam Shabana, Taapsee Pannu, who was last seen in Pink, will be seen in Runningshaadi.com and The Ghazi Attack. Meanwhile, Akshay Kumar is prepping for the release of Jolly LLB 2 opposite Huma Qureshi. The courtroom drama releases on February 10 and is a sequel to Arshad Warsi's 2013 film Jolly LLB.