The onset of 2019 has brought along one song recreation after another. Aankh Marey, Tere Bin, Chamma Chamma, Paisa Yeh Paisa... 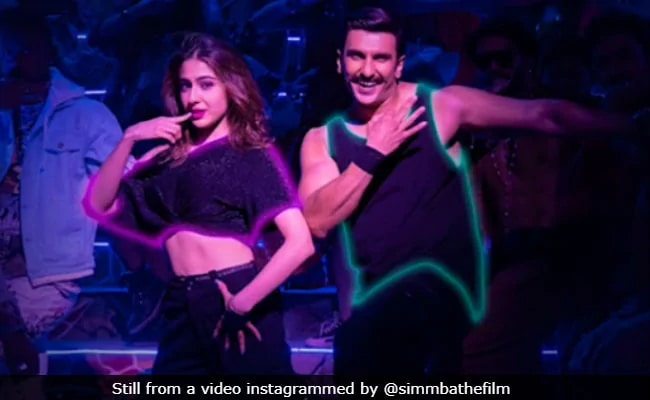 "Oh God, one more remix?: Karan Johar rightfully asks in the reboot version of Aankh Marey in Simmba. Bollywood musicians are increasingly looking back at old tracks and pepping them up with a sprinkle of dance music and serving them to Bollywood buffs - much to some people's joy and to some people's dismay.

The onset of 2019 has brought along one song recreation after another. Aankh Marey, Tere Bin, Chamma Chamma, Paisa Yeh Paisa and the latest Mungda, which was launched on Tuesday.

Singer Subhro J Ganguly, who has forayed into Bollywood with Paisa Yeh Paisa and Mungdafrom the upcoming film Total Dhamaal, says recreations are like tributes to legendary composers.

"The 1970s' and 1980s' music was so legendary that our new generation is rediscovering it in their own way and recreating it. The current generation is dancing to those tunes and paying tribute to those legendary composers and singers, who had done those wonderful compositions. I think it is more of a tribute to them," Mr Ganguly told IANS over phone from Mumbai.

The original versions of Paisa Yeh Paisa and Mungda were picturised on actor Rishi Kapoor in the film Karz and Mungda on twinkle toes Helen in the film Inkaar, respectively. The recreated versions are by Gourav-Roshin.

"They have been shot really well... They are sounding fabulous and I hope these two tracks hit the club and become big," Mr Ganguly said.

The foot-tapping number Chamma Chamma, originally picturised on actress Urmila Matondkar in the 1998 film China Gate, has got a revamped version in the latest release Fraud Saiyyan, starring Arshad Warsi and Saurabh Shukla.

Arshad, who also featured in the remixed version of his own song Aankh Marey from the 1996 film Tere Mere Sapne, finds the viral trend fun.

"I personally feel there is no harm in recreating songs. I did Aankh Marey in 1996 or 1997... The whole generation did not know about the song, but today everyone knows it because they all went back and Googled it... It's fine, and something that is nice for people to go back and see, and the new generation seeing it too," Arshad told IANS.

Arpita Chakraborty, one of the singers of the new version of the hit disco song Paisa Yeh Paisa, told IANS: "I feel that it is the best way to revive and relive the melodies that were created by yesteryear's music directors, to make them more accessible and presentable to our youth. I absolutely love remakes."

Other old songs that have made their way into new films via remixes are Poster Lagwa Do Bazar Mein from the upcoming film Lukka Chuppi. It is a recreation of Akshay Kumar's eponymous hit number from his 1997 movie Aflatoon.

Have Bollywood musicians run out of ideas as they look back at old numbers for inspiration?

Kanungo told IANS: "I think it is nothing to do with singers or

composers. It has to do with record labels who are pushing out their old catalogues... because they can see a business opportunity."

"I am tired of recreations now and focus more on original music because of the simple reason that in the future, say 10 years down the line, the record labels won't have anything to recreate. If you keep recreating a song again and again and make no new content, then you are really not thinking about the future very much."