"With this medical drama, we aim to champion the human spirit in the face of unprecedented danger and celebrate the brave doctors ," said Nikkhil Advani 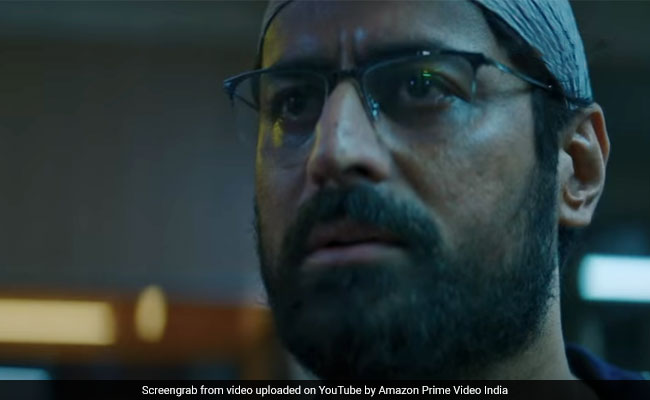 On 26/11 anniversary, Prime Video shared the first look of a new web show, as a tribute to the behind-the-scene heroes - the medical personnel. Titled Mumbai Diaries 26/11, the medical drama series is a haunting narration of the 26/11 terror attack in Mumbai from the doctors point of view, who worked tirelessly to save lives in the face of the attacks. Mumbai Diaries 26/11 stars actors such as Mohit Raina, Konkana Sen, Tina Desai and Shreya Dhanwanthary. Mohit Raina features in a just a glimpse in the teaser - he appears to play the role of a senior surgeon, who says: "Let's get to work" as gravely injured survivors keep arriving at the hospital. From the teaser, it appears that the show is set in a hospital with the focus on the efforts of the doctors, nurses and medical staff.

Created by Nikkhil Advani, Mumbai Diaries 26/11 is produced by his Emmay Entertainment. Nikkhil Advani has co-directed the series with Nikhil Gonsalves.

12 years ago, 10 terrorists of the Pakistan-based terror outfit Lashkar-e-Toiba (LeT) carried out a series of attacks in Mumbai on November 26, 2008 at locations including the Taj Mahal hotel, the Oberoi hotel, the Leopold Cafe, the Nariman (Chabad) House, and the Chhatrapati Shivaji Terminus train station, killing 166 people. In these gruesome attacks, nine terrorists were killed and the lone survivor, Ajmal Kasab, was arrested and was sentenced to death. He was executed on November 11, 2012.

"With this medical drama, we aim to champion the human spirit in the face of unprecedented danger and celebrate the brave doctors who had saved the day while keeping the sensitivity of the topic in mind," the filmmaker said in a statement, reported news agency PTI.

Aparna Purohit, Head of India Originals at Amazon Prime Video, also said in a statement: "We are unveiling the first look of the series as an ode to their bravery and sacrifice. The show is a tribute to the spirit of Mumbai. We are extremely happy to collaborate with one of India's finest directors, Nikkhil Advani, to present the untold stories of 26/11."

The series will premiere on Amazon Prime in March 2021.