Mr And Mrs Kapoor: Ranbir Carried Alia Bhatt Back In After Posing For Pics

Newlyweds Ranbir Kapoor and Alia Bhatt thrilled their fans and the media by posing for pictures at Vastu, the Mumbai apartment complex where they got married on Thursday afternoon. "Ranbir and Alia will pose for pictures after 7 pm today. Only one camera from each publication will be allowed," Yusuf Ibrahim, Alia's security in-charge, briefed the media this afternoon. Ranbir and Alia married in a private ceremony at Vastu, where they live. The wedding began at about 3 pm and ended around 5.30 pm. Only close friends and family were invited. Sabyasachi was the official wedding couturier for the couple. 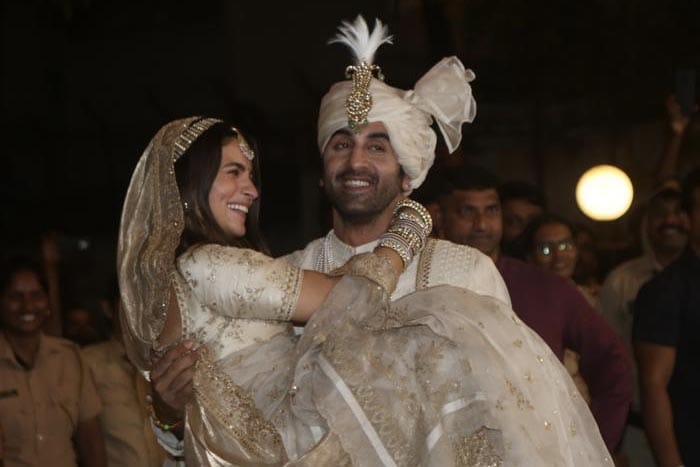 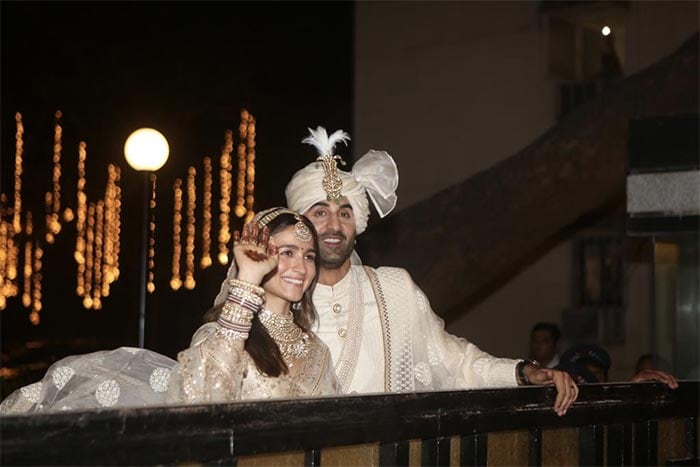 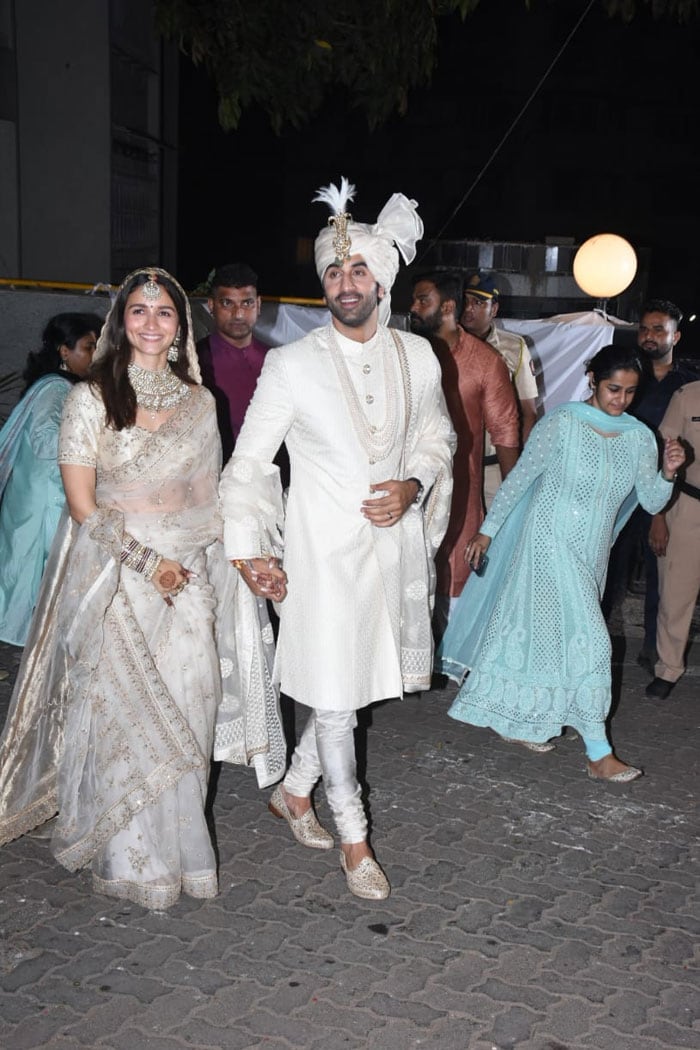 Alia Bhatt and Ranbir Kapoor after their wedding. 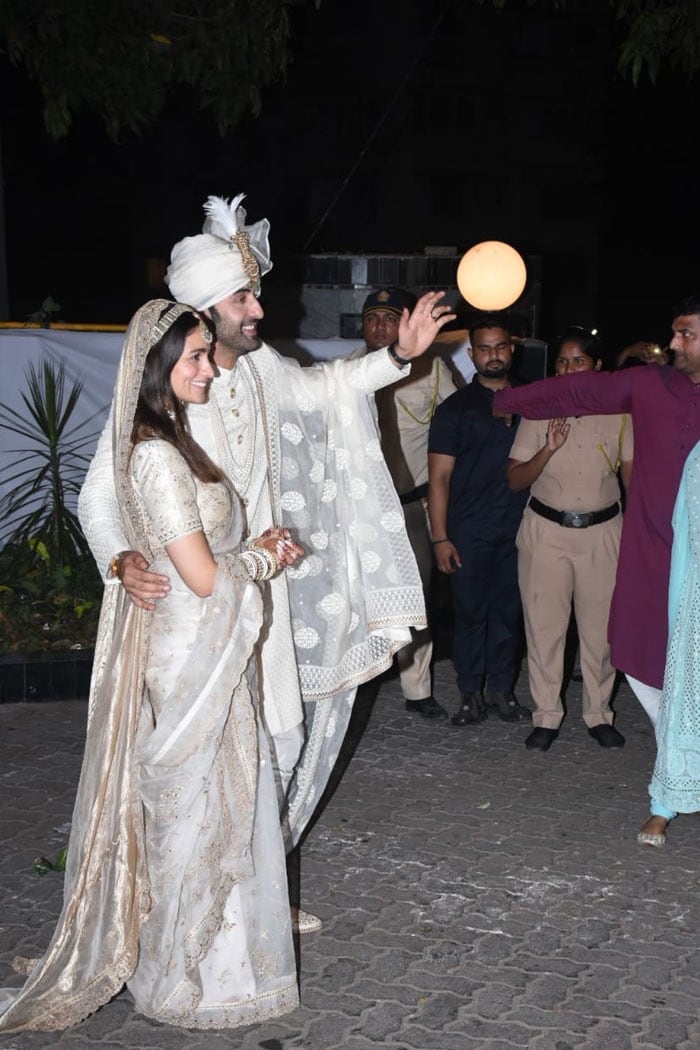 Alia and Ranbir were twinning and winning. 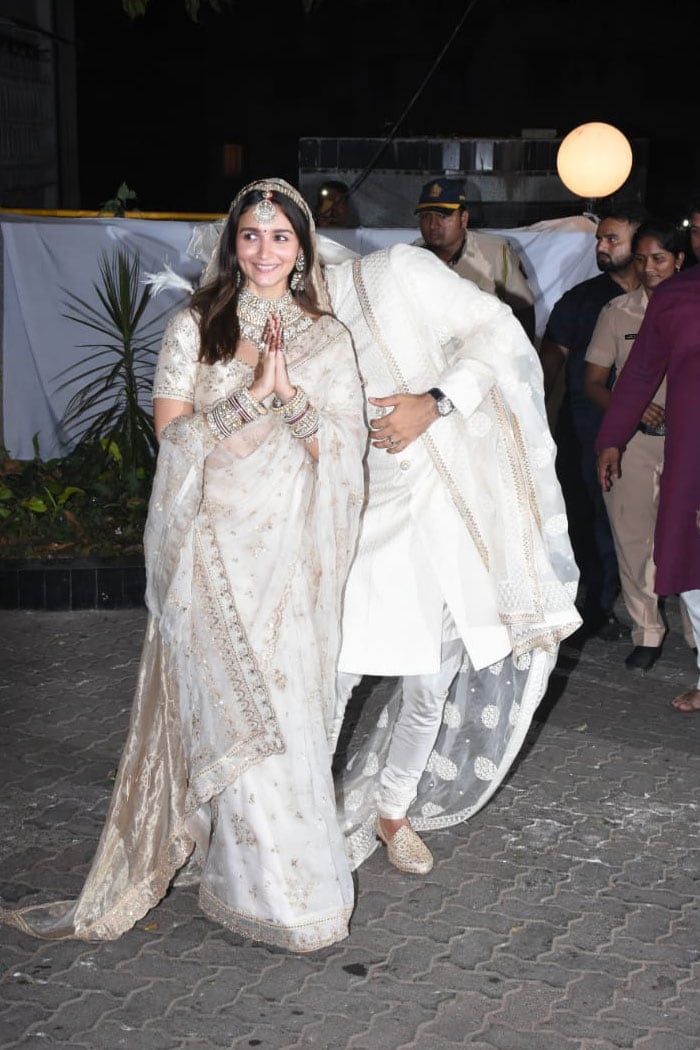 Say hello to the newlyweds.

The sprawling Kapoor clan made a large baraat for Ranbir - his mother Neetu Kapoor and sister Riddhima, Ranbiir's cousin Kareena Kapoor with husband Saif Ali Khan, their sons Taimur and Jeh, Kareena's sister Karisma and father Randhir Kapoor and many other family members attended. Among them were Navya Naveli Nanda with parents Shweta Bachchan and Nikhil Nanda who is Ranbir's cousin.

A mehendi ceremony was held yesterday and a haldi this morning.

Alia Bhatt and Ranbir Kapoor began dating while they were filming Brahmastra in 2018. The film, their first together, will release this September.