'Movie On The Cards?' Ask Fans On Deepika Padukone's Pic With Gurindher Chadha

"It was such a pleasure meeting you too," Deepika Padukone responded to Gurinder Chadha's post 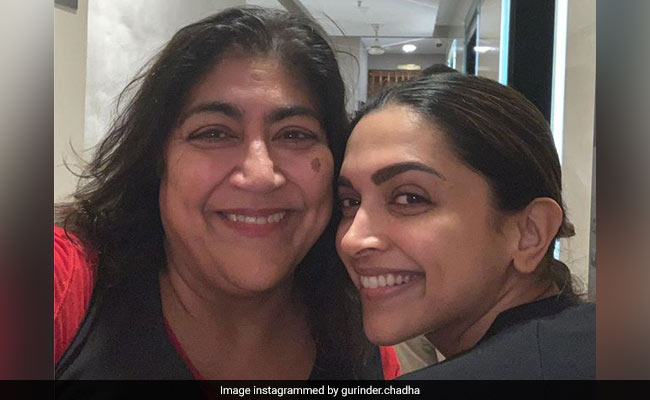 This story is about actress Deepika Padukone and celebrated filmmaker Gurinder Chadha's mutual admiration club. The 59-year-old filmmaker recently met Deepika Padukone for what looks like a work meeting and had to had to share a selfies with her. Describing Deepika as a "role model", Ms Chadha captioned her post: "Had the pleasure of sitting down with this woman and her team. What a powerhouse! Head screwed on firmly and great business acumen. You go girl. Deepika, great role model for all." Deepika Padukone, who can be seen smiling ear-to-ear in the selfie, was quick enough to spot Gurinder Chadha's post and drop a comment. "Thank you! It was such a pleasure meeting you too. Insightful, warm and funny! See you again soon and lots of love," wrote Deepika.

This whole Instagram conversation between Deepika Padukone and Gurinder Chadha prompted fans to enquire if the two are collaborating for a film. "Movie on the cards?" asked a user while another added: "Are you going a movie together?" Several fans also requested the Bend It Like Bekham director to sign Deepika for a film. "You guys should do a film together. It's what we deserve," said a user while another netizen asked: "When we are getting a collaboration of you and Deepika?" More comments like this: "Make a movie with her please" flooded Gurinder Chadha's post.

Had the pleasure of sitting down with this woman and her team. What a powerhouse! Head screwed on firmly and great business acumen. You go girl. @deepikapadukone great role model for all. #bollywood #powerhouse

Filmmaker Gurinder Chadha is best known for director critically acclaimed films such as Bend It Like Beckham, Bride And Prejudice, The Mistress Of Spices and Viceroy's House. Gurinder Chadha has also directed, co-written and co-created historical TV series Beecham House, which opened to positive reviews and has aired six episodes so far.

On the work front, Deepika Padukone has Meghna Gulzar's Chhapaak in the line-up, which is based on the life and experiences of acid attack survivor Laxmi Agarwal. Chhapaak releases on January 10 next year.