Mouni Roy made her Bollywood debut with Gold last year 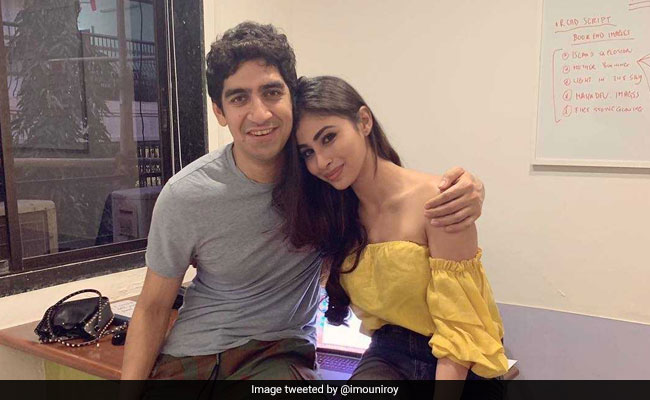 Brahmastra director Ayan Mukerji might be a social media recluse but the director makes frequent appearances on the Instagram profile of several Bollywood actors. The reason we brought this up today is because the director made an appearance on Mouni Roy's Instagram profile. Mouni, who is a part of Ayan Mukerji's forthcoming film Brahmastra, shared an adorable picture of herself along with the filmmaker on Wednesday and she accompanied the picture with a lovely note. She wrote: "Too soon to be missing you, because I like to talk to him; who knows a lot about a lot! Precious." In the picture, Mouni and Ayan can be seen happily posing together. The picture received over 1 lakh likes on Instagram.

Too soon to be missing you ?? Because I like to talk to him; who knows a lot about a lot ! Precious

Brahmastra is a fantasy trilogy, which features Alia Bhatt, Ranbir Kapoor, television actress Dimple Kapadia and Akkineni Nagarjuna in key roles. Directed by Ayan Mukerji, the film's first part is expected to release in 2019. The film has been produced by Karan Johar's Dharma Productions.

On the work front, Mouni Roy is currently busy with the promotional duties of her forthcoming film Romeo, Akbar, Walter, co-starring John Abraham, Jackie Shroff, Suchitra Krishnamoorthi and Sikandar Kher. Mouni also has Mikhil Musale's Made In China in the pipeline. Mouni Roy made her Bollywood debut last year with Reema Kagti's Gold, opposite Akshay Kumar.

The 33-year-old actress stepped into the Indian entertainment industry with the TV show Kyunki Saas Bhi Kabhi Bahu Thi. She is best-known for performances in films such as Devon Ke Dev...Mahadev and Naagin.