Money Heist 5: A Quick Recap Before You Watch New Season

Here’s all things important you must not miss if you are directly watching season 5. 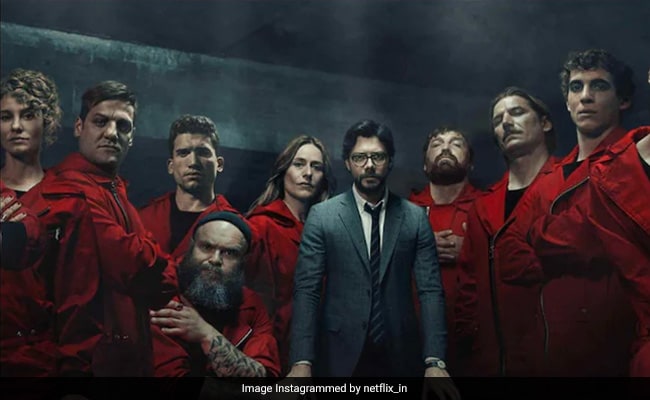 Fans have their eyes glued to Netflix as the fifth season of popular Spanish series Money Heist arrives on Friday. Originally titled ‘La Casa De Papel', the release is scheduled in two volumes. The second and final volume is slated to be out by the end of this year. The first four seasons were extremely popular. Money Heist 4 ended on a cliffhanger leaving fans utterly curious about the upcoming season. The plot involves a bank robbery by a group headed by a mastermind, known as The Professor. The character is played by Alvaro Morte. Before you click on the play button, here are things you must know from the earlier Money Heist Seasons.

1.The group of robbers are named after cities -- Tokyo, Moscow, Denver, Nairobi, Rio, Helsinki, Oslo and Berlin. They are seen conducting a successful heist in Spain's Royal Mint in the first two seasons.

2.All the seasons are narrated by Tokyo (Ursula Corbero). Fans have various theories around Tokyo being the narrator. Some have speculated that she could be the sole survivor of the gang.

3.The gang members wear Salvador Dali masks during the robbery.

4.The Professor and his gang are currently involved in their second heist, meant to honour their dead partner, Nairobi.

5.The Money Heist characters often sing in Bella Ciao, an Italian folk song, which is associated with protests against autocratic rule.

6.Berlin, Moscow, Nairobi and Oslo are the characters who died in the previous seasons.

7.Arturo Roman or “Arturito” is one of the most hated negative characters. He plays the role of a Director of the Royal Mint of Spain who later becomes a public speaker.

8.Raquel Murillo, the former police inspector, joins the gang of thieves as “Lisbon.” She is also The Professor's love interest.

There are too many twists and turns in the previous seasons of Money Heist. With these few crucial recap moments, you are good to go for the Alex Pina directed Money Heist 5.