Mirzapur 2 Announced. This Is When Ali Fazal's Guddu Returns For Revenge 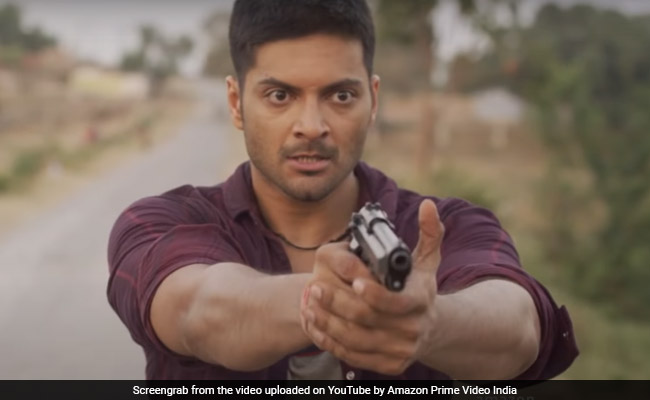 Ali Fazal in a still from Mirzapur. (Image courtesy: YouTube)

Mirzapur season 2 will air on Amazon Prime Video come October and fans of the show can't keep calm. The showrunners announced the premiere date of Mirzapur 2 along with a message from one of the show's protagonists Guddu (played by Ali Fazal). Guddu is the narrator in the announcement video, in which he says (translated from Hindi), "The world is divided into two kinds of people - dead and alive. And then, there is a third category - the injured. They took everything I had and left me alive... They made a mistake." In the first season of Mirzapur, Munna (Divyendu Sharma) killed Guddu's brother Vinay (Vikrant Massey) and his wife Sweety (Shriya Pilgaonkar) in a fit of rage. Guddu escaped with Golu (Sweety's sister, played by Shweta Tripathi) and now, it is time for him to return and avenge the death of his family.

Mirzapur is a crime thriller produced by Farhan Akhtar and Ritesh Sidhwani's Excel Entertainment. Actor Pankaj Tripathi plays the role of Kaleen Bhaiya, a local crime lord with sizeable political influence over the area. He hires his son Munna's two enemies Guddu and Vinay to oversee his illegal gun production business (which he has disguised through his carpet business) therefore disturbing his family's peace. Munna, fed up with his father's overbearing attitude, decides to kill him but he frames Guddu after a failed attempt. In turn, Kaleen Bhaiya turns against Guddu and Vinay.

Mirzapur is co-directed by Gurmmeet Singh and Karan Anshuman. Gurmmeet Singh returns to direct the second season of the show with Mihir Desai. In Mirzapur 2, Rasika Dugal, Kulbhushan Kharbanda, Rajesh Tailang and Harshita Gaur will reprise their roles while Vijay Varma, Priyanshu Painyuli and Isha Talwar will join the cast.