So this happened. Actress Keke Palmer, who co-hosted the Met Gala this year, appeared to be unaware of Brooklyn Beckham's identity - he is the eldest son of former footballer David Beckham and designer Victoria Beckham. Brooklyn Beckham checked into the Met Gala with his fiancee Nicola Peltz. As he walked up the Met steps, the couple were met by Keke Palmer, who asked them how they relate to this year's theme - American Independence. "Well, I'm trying to make him an American right now. I don't want him to go back," actress Nicola Peltz said in response. This prompted a query from Keke Palmer, addressed to Brooklyn Beckham: "Where are you from?"

"I'm from London," replied Brooklyn, adding that he lives in Los Angeles with his American fiancee.

Twitter was not ready for this and is still in disbelief that the Met Gala host didn't know who Brooklyn Beckham was. "Keke asking where Brooklyn Beckham is from - do you not know his dad ma'am?" read a tweet while another user added: "There is no way Keke Palmer just asked Brooklyn Beckham where he's from." Here's just a glimpse of how Twitter reacted to the awkward interview.

keke asking where Brooklyn BECKHAM is from, do you not know his dad ma'am??? pic.twitter.com/fiu1ZP1Dfv

not keke asking brooklyn beckham where hes from 😭😭😭

met gala needs to choose some better hosts next time bc Brooklyn Beckham getting asked "where are you from?" is very awkward x pic.twitter.com/hpto609yt4

There is no way keke palmer just asked Brooklyn BECKHAM where he's from ... #MetGala

the way keke palmer had ZERO idea who brooklyn beckham was 😭😭

did keke palmer really have no idea where brooklyn beckham was from???????? #MetGala 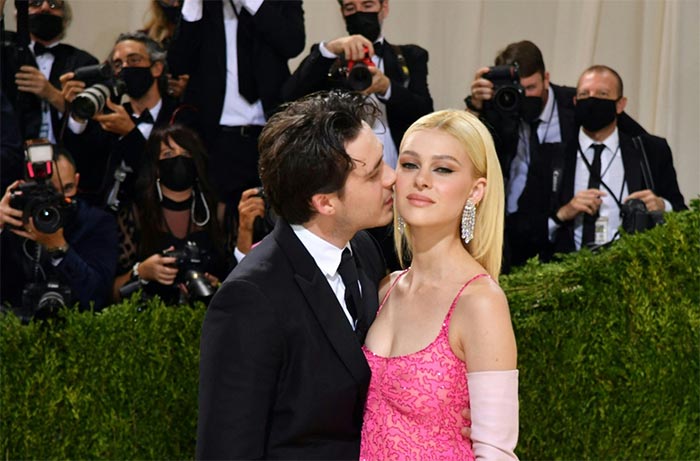 Brooklyn Beckham spent his formative years in Madrid and Los Angeles, while David Beckham played for the clubs LA Galaxy and Real Madrid CF.Brooklyn Beckham began his career as a model in 2014 and has featured on the covers of T:The New York Times Style Magazine, Miss Vogue, Vogue China, , Interview and L'Uomo Vogue. In 2017, Brooklyn Beckham started training as a photographer.

Met Gala 2021: Keeping Up With These Kim Kardashian Memes. Twitter Was Kind