"It takes an army," wrote Sudha Reddy while prepping for the Met Gala 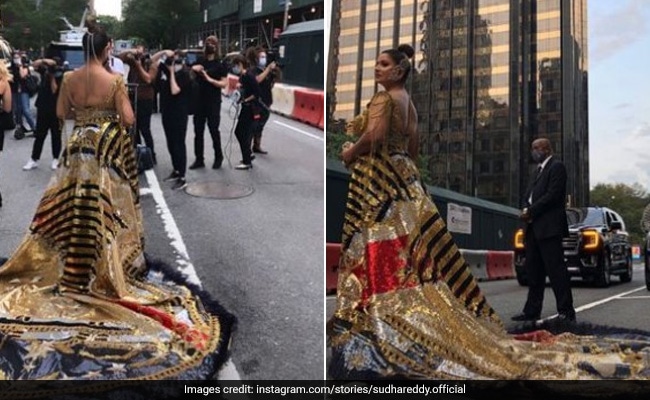 Philanthropist Sudha Reddy, the only Indian celebrity to attend the iconic Met Gala this year, shared snippets of the big day on her Instagram. Sudha Reddy's red carpet appearance at the Met Gala marked her debut at the international fashion event. And for her maiden Met Gala look, Sudha Reddy opted for a custom Falguni And Shane Peacock ensemble, created in parity with this year's Met Gala theme - "American Independence." Sudha Reddy's sequined ensemble, which comes with a four-metre-long train, was designed with special attention to incorporating the colours of the American flag. Sudha Reddy's shimmery look was accentuated by a statement ear-cuff by Farah Khan Ali. "It takes an army," wrote Sudha Reddy while prepping for the Met Gala.

Here are some snippets from Sudha Reddy Instagram as she made her way to the Met Gala: 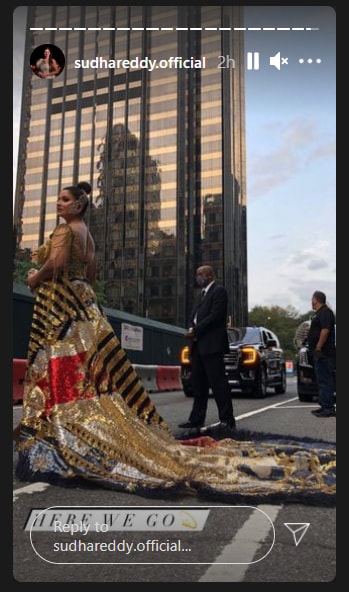 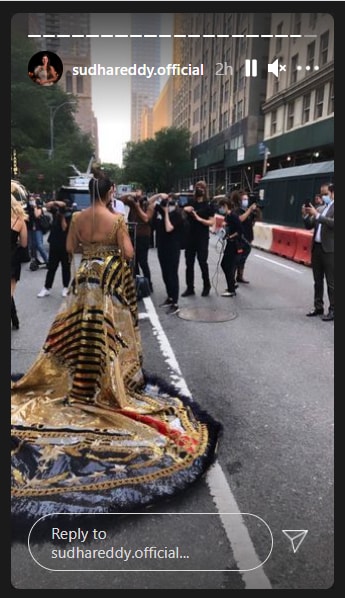 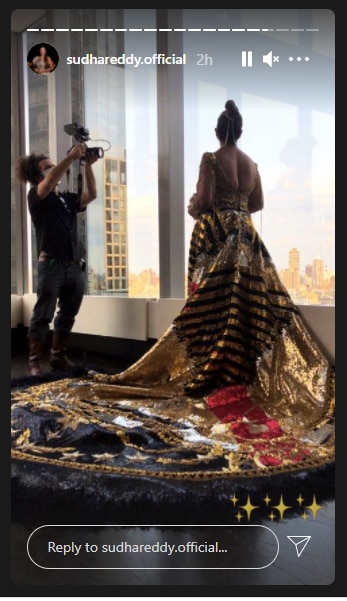 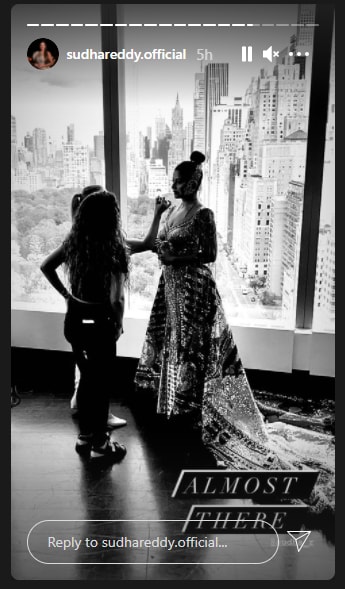 Just a day ahead of her red carpet appearance at the Met Gala, Sudha Reddy revealed the designer she opted for: "Can't wait to share this masterpiece of Indian craftsmanship with the world," she wrote, tagging Falguni And Shane Peacock.

Hyderabad-based business tycoon Sudha Reddy is the wife of billionaire Megha Krishna Reddy. As she marked her debut attendance at the Met Gala, the year's biggest fashion event was headlined by the likes of A-listers such as Rihanna and Jennifer Lopez, among others. In the past, Indian celebs such as Isha Ambani and Natasha Poonawalla have attended the fashion gala at New York's Met Museum. Stars such as Priyanka Chopra and Deepika Padukone have been Met Gala regulars - they were missed this year.

Samantha Ruth Prabhu's Note Is A "Self-Appreciation Post." See What She Wrote