The actress wrote about "new beginnings" in her film announcement post 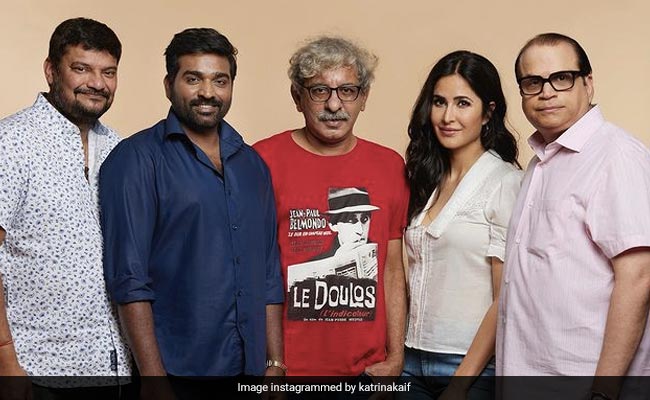 Katrina Kaif, who returned to work a couple of days ago after her wedding to actor Vicky Kaushal, announced her new film today on Christmas. Katrina Kaif was pictured with director Sriram Raghavan a few days ago, leading to speculation about her new project with the filmmaker. Now, Katrina Kaif has officially announced their new project titled Merry Christmas, which will also star south actor Vijay Sethupathi in the lead role. Announcing her collaboration with Sriram Raghavan and Vijay Sethupathi, Katrina wrote about "new beginnings" and added: "BACK ON SET with director Sriram Raghavan's for Merry Christmas! I've always wanted to work with Sriram Sir. He is a master when it comes to narratives that showcase thrillers and it's an honor to be directed by him... Super excited to be teaming up with Vijay Sethupathi for this one produced by Ramesh Taurani and Sanjay Routray."

Merry Christmas marks Katrina Kaif and Vijay Sethupathi's first film together. It is scheduled to open in theatres next year in winter.

A few days back, Katrina Kaif was spotted on set in Mumbai for the first after her wedding. Pictures of the actress with Sriram Raghavan were circulated on social media by several fan pages dedicated to the actress. Take a look:

Sriram Raghavan is known for directing movies like Agent Vinod, Badlapur and Andhadhun.