"Let's all help every girl child feels hygienic, safe and confident every day of the month," wrote Akshay Kumar 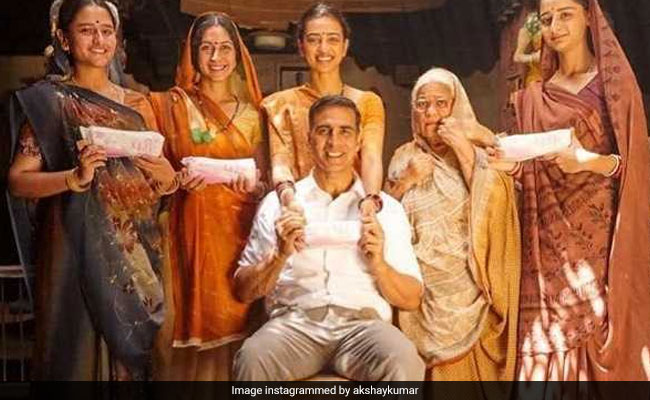 Akshay Kumar in a still from PadMan. (Image courtesy: akshaykumar)

On the occasion of Menstrual Hygiene Day, Akshay Kumar, Twinkle Khanna and Radhika Apte shared posts pertaining to menstrual hygiene on social media. Both Akshay and Twinkle have helped in spreading awareness about menstrual health in their own ways. They were both associated with the 2018 R Balki directed film PadMan, which was based on the life of entrepreneur Arunachalam Muruganantham, who invented a low-cost sanitary pad making machine and created awareness in his village. Akshay, who played the lead role in the film, shared a still from the film. In the picture, Akshay can be seen proudly posing with a sanitary pad in his hands. He captioned the post: "Happy Menstrual Hygiene Day to all the girls, mothers and sisters. Let's all help every girl child feels hygienic, safe and confident every day of the month."

Happy #MenstrualHygieneDay to all the Girls, Mothers and Sisters. Lets all help every girl child feel Hygienic, Safe & Confident every day of the month #Period

Twinkle Khanna has also worked extensively in spreading awareness about menstrual health. She produced the film PadMan, featuring her husband Akshay. The film drew inspiration from the segment The Sanitary Man From A Sacred Land from the book The Legend Of Lakshmi Prasad, written by Twinkle. "On Menstrual Hygiene Day, let us celebrate the original Indian superhero: Arunachalam Muruganantham," tweeted Twinkle Khanna.

On #MenstrualHygieneDay, let us celebrate the original Indian superhero: Arunachalam Muruganantham. Read his story
The Sanitary Man from a Sacred Land from @mrsfunnybones#TheLegendOfLakshmiPrasad only on our app! https://t.co/Uv7SV56bZTpic.twitter.com/Ihs9Z8sYJG

Meanwhile, Radhika Apte, who played the role of Akshay Kumar's wife in PadMan, shared a still from PadMan and she wrote: "Happy menstrual hygiene day. May 28."

Akshay Kumar and Twinkle Khanna started the PadMan Challenge last year, which was a promotional activity, as a part of which, many celebrities shared pictures of themselves holding sanitary pads on social media.