Men In Black: International Review - Chris Hemsworth and Tessa Thompson's film gets the job done, but breaks no rules. 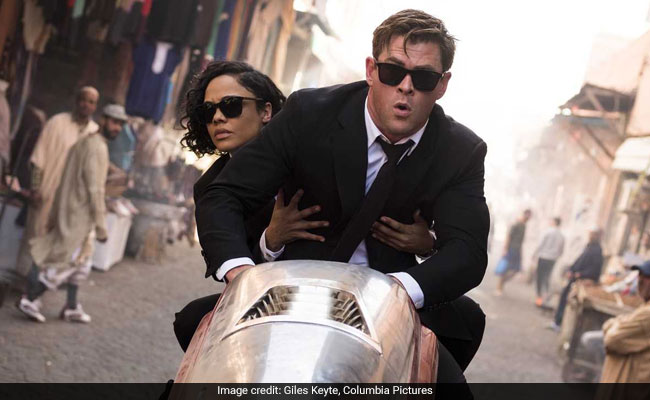 Kumail Nanjiani is the best thing about Men in Black: International.

That's saying something, considering that the actor never appears on camera and that the character he lends his expressively plaintive voice to is a CGI alien the size of a gerbil.

The last surviving member of a race that has been hiding out on Earth - in a Marrakesh antiques shop, specifically, in the guise of chess pieces - he is an anonymous cog in a larger (well, not that large actually) machine. "Pawns don't have names," he tells agents M and H (Tessa Thompson and Chris Hemsworth), operatives from the Men in Black agency, a global police force that monitors and maintains order on the comings and goings of extraterrestrials.

"Pawny," they decide to call him - in a telling moment of unimaginativeness that will make you grateful they don't add the last name "McPawnface." From that moment forward, Pawny is a source of steady and much-needed comic relief - in an otherwise dutifully thriller-ish plot that sees M and H trying to A) keep a world-destroying weapon out of the hands of evil aliens; B) identify a potential mole inside the MIB organization; and C) kill, capture or avoid assassination by a pair of hit men from another planet. 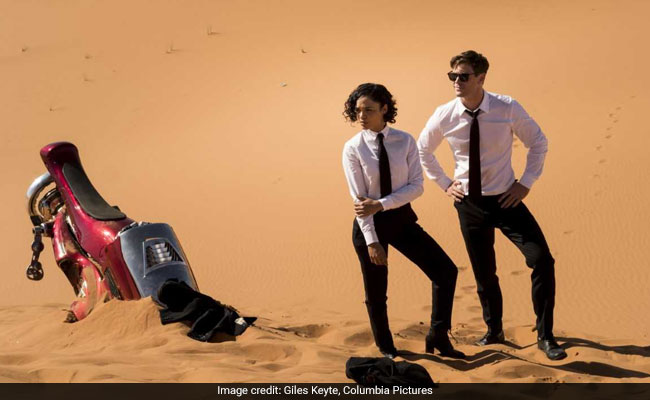 These killers are played by Larry and Laurent Bourgeois, the break-dancing French siblings known as Les Twins. If not exactly stunt casting, it still feels like pandering; their performance includes a scene set in a disco, where they deliver some of the strikingly original, herky-jerky moves they're famous for - on dance competition shows, in viral videos and as Beyonce's backup dancers.

All this action and adventure is easy on the eyes, and it's made easier by a narrative that zips and zaps, via high-speed rail - a conveyance that makes Japan's bullet train seem like Metro during single-tracking - from Paris to New York to London to Naples to the Sahara and the aforementioned Morocco. It's a scenic, if slightly tedious, travelogue, one that justifies the film's subtitle while feeling more perfunctory than necessary. As always, the film is populated by a quirky universe of aliens, including a sexy arms dealer with octopus-like limbs (Rebecca Ferguson) and a ferret-sized "living beard" that masquerades as a man's facial hair.

A world in which humans and aliens live side by side in an uneasy peace is a cute and welcome conceit, if a bit well-worn after four films, a TV series and several video games. There's a brief moment in the new movie when someone mentions something noble about the importance of welcoming refugees, creating a fleeting glimmer of possibility that International might actually incorporate an element of topicality. It doesn't, which will either come as a relief or a disappointment, depending on your predisposition for movies that mix politics with popcorn.

Directed by F Gary Gray (The Fate of the Furious) from a screenplay by Matt Holloway and Art Marcum (Trasformers: The Last Knight), Men in Black has no grand aspirations. It's a serviceable if unremarkable diversion from the real world, not a trip through it, despite its name.

In the spirit of the MIB agency - whose bespoke black uniforms and impersonal initialisms signal fungibility - Thompson and Hemsworth are unexceptional replacements for Will Smith and Tommy Lee Jones, who starred in the first three films and whose chemistry was a large part of their success. Thompson and Hemsworth's on-screen sizzle, which is supposed to contain a spark of physical attraction, fizzles when it should be fiery.

Still, they get the job done, and it's nice to see more women in black. (Emma Thompson returns as the veteran Agent O, but her impact is negligible.)

The Men in Black universe is a world of rules: rules for agents and rules for aliens. There are also rules about how these stories are told, and this installment observes them, to a fault.

For some fans, it will be enough just to revisit a beloved fantasy world of smart-mouthed E.T.s, neuralizers and other gadgets for another two hours. For others, the thought may occur to them that, 22 years after the first film, Men in Black have been getting things done the same way for so long - obeying rules that have always worked, without question - that they could stand to break a few of them.