Master Review: With Vijay and Vijay Sethupathi squaring off and Kanagaraj orchestrating the duet to apportion equal importance to the two actors, the film tides over the bumps without turning turtle. 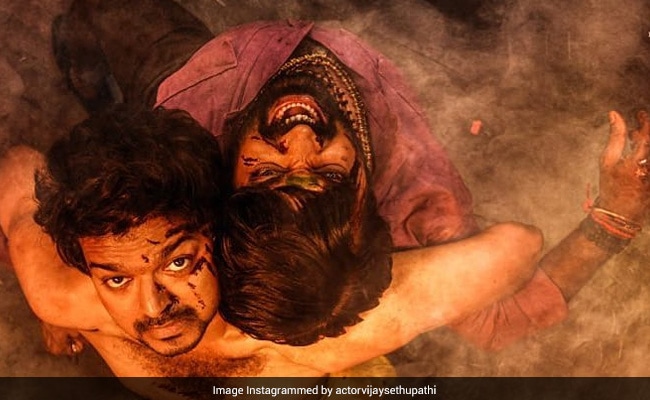 A great deal of superfluity creeps into Vijay The Master (the title of the Hindi version of Lokesh Kanagaraj's Tamil-language Master, released theatrically) and contributes to a film that feels avoidably bloated in parts. It is often apparent that the screenplay by Kanagaraj, Rathna Kumar and Pon Parthiban could have done with some pruning.

But with Vijay and Vijay Sethupathi squaring off in a rousing thriller, and Kanagaraj orchestrating the duet with a sense of proportion that enables him to apportion equal importance to the two actors, the film tides over the bumps without turning turtle.

You know you are in pure Vijay territory when the action hero sends a hip-flask sliding across a Metro station platform to prevent a train door from slamming shut and saving the bad guys from his ire. You aren't supposed to nitpick over little things out here. Go with the flow.

Let the infectiously energetic Vijay croon a kutti (little) story (in a wonderfully choreographed jailhouse song) but Vijay The Master is anything but 'little'. Neither is the film masterly by any reckoning. This despite the sustained flamboyance that Kanagaraj, editor Philomin Raj and cinematographer Sathyan Sooryan lend to the project, which integrates easy-to-grasp popular storytelling codes with a vigorously stylish structure that can withstand the weight of an overheated drama.

Especially striking is the way in which Vijay The Master plays off the arc of the protagonist against that of the villain while skillfully intertwining them through the lively rhythm of the intercuts back and forth between the two divergent worlds that the duo represents.

In a crucial 'turning point' scene in the film, one of the two men says to the other: "I am telling you nothing new but do hear me out, I am waiting." One whole half of the film is left at this point and we do find ourselves in the mood to wait and see how the rest pans out.

Admittedly, Vijay The Master says nothing new, but it certainly is worth hearing out. It abounds his action sequences that bring out the mental and physical characteristics of the two men. Both have the habit of sniffing into the lapel of their shirt between blows, but no two men could be as dissimilar as the two. Vijay wears out his opponents (until he decides to turn his kada into a weapon of offence; Bhavani blows them away, literally, with the power of his iron fist.

JD Sir (Vijay), an alcoholic college professor admired by his students for his easygoing ways but disliked by the management for his wayward nature, is an idealistic, if seriously flawed, loner. There is a ritualistic quality to everything he does, beginning with the grand entry sequence that has Thalapathy Vijay swinging into 'action' on a bus and a Metro train to stop two aberrant sons of a wealthy man from flying away to Canada. 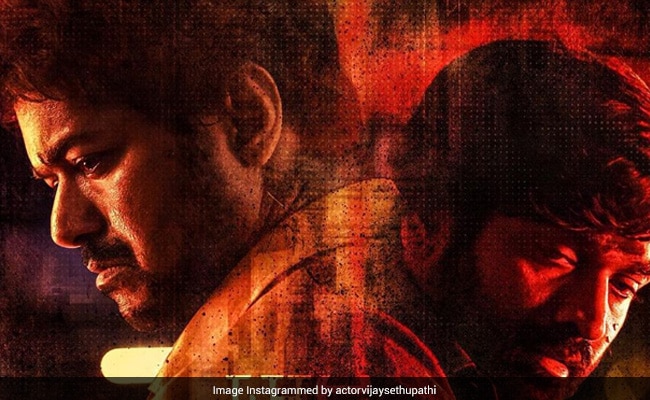 Master Review: Vijay And Vijay Sethupathi on a poster

Waking JD up from a drunken stupor takes a ritual of another kind and the students of the college that has placed him under suspension have to resort to musical means to stir the man back to life. It is not until well into the second half that the audience is allowed to learn why JD hit the bottle.

JD spins stories about aborted love affairs but they are all borrowed from films stored in his memory. He goes to the extent of trying to palm off Jack and Rose's affair from James Cameron's Titanic as his own love story.

Opposed to this noble, well-meaning drifter is the uber-evil Bhavani (Vijay Sethupathi), who, like JD, is an orphan. At age 17 (the younger Bhavani is played by Mahendran), in Nagercoil, he witnesses his lorry driver father and his mother being burned alive by truck association rivals.

The ruthless Bhavani, who makes a living from the transport business, does not drink nor does he do drugs, but he runs a criminal empire that thrives on exploiting children at a government observation home through a network of accomplices within and outside the centre. Nobody in the observation home has ever seen Bhavani - he operates from the shadows.

Circumstances lead to JD taking over as the master of the drug-addled children. The job of reforming them is onerous. But we have a hero here who, in an allusion to his kabaddi player persona in Ghilli, uses the game to pummel Bhavani's men who have a free run of the home. One of Bhavani's key men is played Arjun Das, who was the antagonist in Kanagaraj's Kaithi (Prisoner, 2019) - a fact that is referenced (in Hindi) in the line, "Hum toh hai awaara qaidi."

JD and Bhavani interact only thrice in the course the film's three hours. The first conversation that they have is at the halfway point and it is entirely on a mobile phone that belongs to one of the baddie's henchmen. The second, too, ends before the two can see other's faces. Bhavani has his back to JD, who has a sharp object on the nape of the former's neck. The third face-off - now it is all-out war - is in the climax. It takes inordinately long to arrive, but it is a fitting finale to a classic, explosive clash between good and evil. What's more, it is punctuated with sly humour and rounded off with comments on the nature of politics and the kind of people that parties attract these days.

Because Vijay does not hog the entire limelight, it is possible for writer-director Kanagaraj to give the other Vijay in the cast full rein, which, in turn, enhances the quality of the build-up to the finale. With a villain (the man's fist are thanks to the blows that he rained on the wall of the observation home where he faced brutal torture on a daily basis as a teenager) primed to bring out the best - and the sternest - in the hero, the big climactic confrontation in an abattoir - one of Bhavani's businesses is meat export - is that much more impactful. 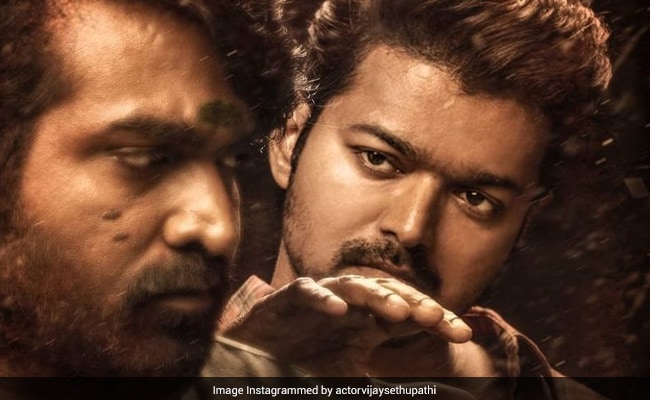 Master Review: Vijay And Vijay Sethupathi on a poster

The film is littered with hat-tips to past productions starring Vijay himself and Kanagaraj's avowed idol Kamal Haasan. The latter's 1995 film, Nammavar, in which the Kamal played a righteous college professor, is one of the inspirations behind Vijay The Master.

In a back story that Nasser (in a special appearance) tells Charu, Selvam is mentioned as a professor JD met when he was at a loose end and benefitted from the association. Kamal Haasan's character in Nammavar was Prof. Selvam.

There are a few women in the story - Vanitha (Andrea Jeremiah, in a blink-and-miss role of an archery champ), rookie professor Charulatha Prasad (Malavika Mohanan, who makes an impression and not only because she has a better-defined place in the larger scheme of things; she exudes charm and confidence) and Savitha (Gowri Kishan), a student who wins the college election against the campus toughie Bhargav (Shanthnu Bhagyaraj) in a rivalry that mutates into romance.

Vijay The Master is overlong all right, but Vijay and Vijay Sethupathi make a winning combination. Buoyed by a fantastic score by Anirudh Ravichander, here is a film that, for all its flaws, is keenly aware of the star power at its disposal and seldom punches below its weight.

"High On Love," Hrithik Roshan Is Busy Chilling With Sons Hrehaan And Hridhaan