The Return Of Manisha Koirala? I Was Always Here, She Says 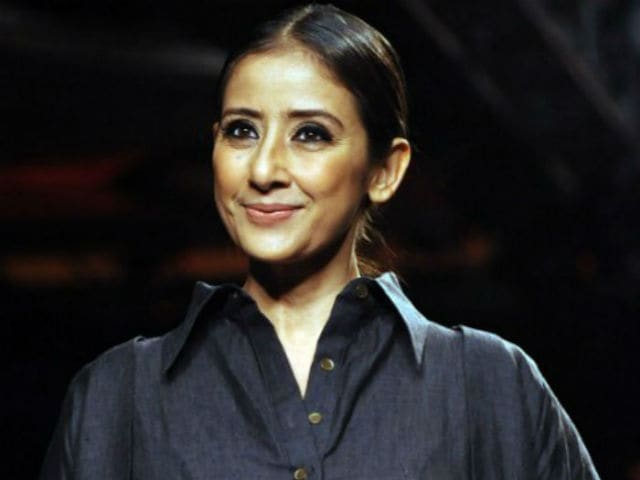 Mumbai: Known for her performance in films like Saudagar, Khamoshi and Dil Se.. , actress Manisha Koirala is back in Bollywood with Dear Maya after she took a break for her battle with cancer. However, she doesn't call the film her second innings.

The actress, who hails from Nepal, was recently seen shooting for the film at the zoo in Delhi.

When IANS asked her about the project, Manisha said: "Well this movie has an interesting script. This is not my second innings. I was always here. And I am around, but yes I will do one film in a year."

Manisha, who turned 46 earlier this month, believes in ageing gracefully.

Just like young designers who are trying to push boundaries through their creations in the industry, Manisha also wants Bollywood actresses to do the same rather than just focusing on glamour.

"We had it (path-breaking roles) in the times of Smita Patil and Shabana Azmi and in between we lost it. By the grace of god, I got a few opportunities and I would like that to be continued. I want young actresses to do meatier roles and not just only focus on glamour, but doing substantial, good, performance-oriented roles," she said.

However, she doesn't deny that fashion in Bollywood has improved ten-fold.

Promoted
Listen to the latest songs, only on JioSaavn.com
"The standard has risen by ten times. We really didn't care so much about fashion, but nowadays everyone is fashion and look conscious," said the 1942: A Love Story actress.