"Many people had given our marriage just three weeks but it lasted 16 years," said Maninee De 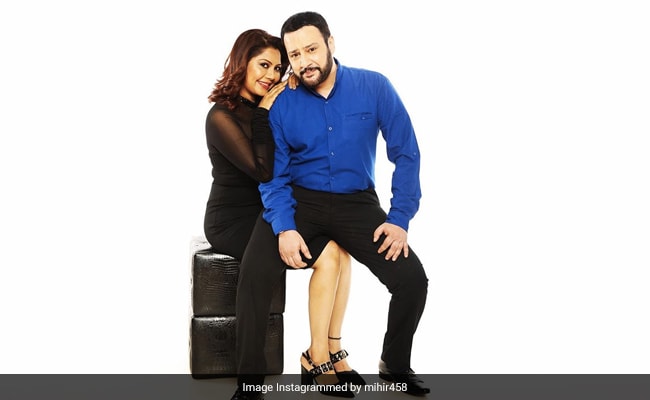 Television actress Maninee De, who married actor Mihir Misra in 2004, told Bombay Times in an interview that they have been living separately for over six months now and added, "The reasons for our separation are too personal to be divulged... We gave it our best but the outcome isn't in our hands." Maninee, who catapulted to fame after starring in television show Jassi Jaissi Koi Nahin, told Bombay Times, "Many people had given our marriage just three weeks but it lasted 16 years. It means that we had a lot of love, care and compassion for each other. However, relationships and people evolve with time. In our case, we evolved at different paces and our paths diverged."

Maninee De also said that she hopes that their "friendship survives this ordeal." She said: "What was most beautiful about our bond was that we were friends first and then partners. I hope that our friendship survives this ordeal. Having said that, happiness is essential for every human being and it shouldn't be compromised on, at any cost... I wish Mihir all the very best. It has been 16 wonderful years with him. I would request the media to respect our privacy and let us heal with grace."

After Jassi Jaissi Koi Nahin, Maninee featured in TV shows like Ghar Ki Lakshmi Betiyann, Devon Ke Dev - Mahadev, Rang Badalti Odhani and Laal Ishq. She also starred in movies such as Krrish, Student Of The Year, Rules: Pyaar Ka Superhit Formula and Fashion. Mihir Misra is best-known for his role in Sanjivani - his small screen debut. He followed it up with shows like Hotel Kingston, Kumkum and Saat Phere - Saloni Ka Safar. Maninee and Mihir also participated in the first season on Nach Baliye.

Maninee and Mihir Misra have a daughter named Dianoor.