Malvika Raaj has reportedly been roped in to feature in Squad, which also stars Rinzing Denzongpa 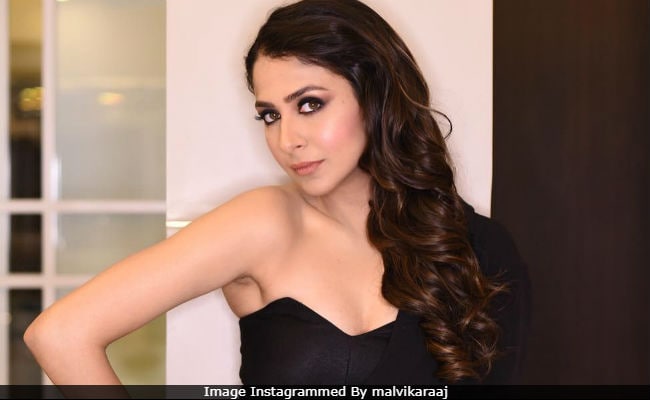 Malvika Raaj, remember her? She is the actress who played the younger version of Kareena Kapoor's character Pooja (Pooh) in 2001 film Kabhi Khushi Kabhie Gham. Now, Malvika has reportedly been roped in to feature in an action-thriller titled Squad, which also stars Rinzing Denzongpa, son of veteran actor Danny Denzongpa. As per a Mumbai Mirror report, Squad goes on floors this April and Malvika was chosen between 30 other actresses. She plays Aria, a sniper in her new film. Speaking about her role, Malvika told Mumbai Mirror, "Aria is very knowledgeable about weapons, which is important to the storyline. There's a lot of action and a little bit of romance with Rinzing."

Malvika and Rinzing happen to be friends and went to the same school. Of co-starring with him in Squad, the 25-year-old actress said, "We were in the same school and grew up in the same social circle. When we were young, we even attended each other's birthday parties so now sharing the screen with him is going to be a lot of fun."

Squad will be Malvika's third film. Kabhi Khushi Kabhie Gham was her first and years later in 2017, she starred in the Telugu film Jayadev. Speaking to news agency IANS earlier, Malvika had said that she wants to pursue acting, but her father wanted her to complete her education first. "After Kabhi Khushi Kabhie Gham, since I was a very young and a naughty child, my dad did not want me to pursue acting anymore as it would have distracted me from studies. Even as a child actor, I got many proposals to work, but my dad did not allow me," she said. Malvika is the niece of veteran actress Anita Raj.

Squad, produced by Nilesh Sahay, will be directed by Jyoti Kapur. The film will be first shot in Mumbai and later in Budapest.

Meanwhile, it was also reported that Malvika has been signed opposite Emraan Hashmi in Captain Nawab, but there's no update on the film as of yet.