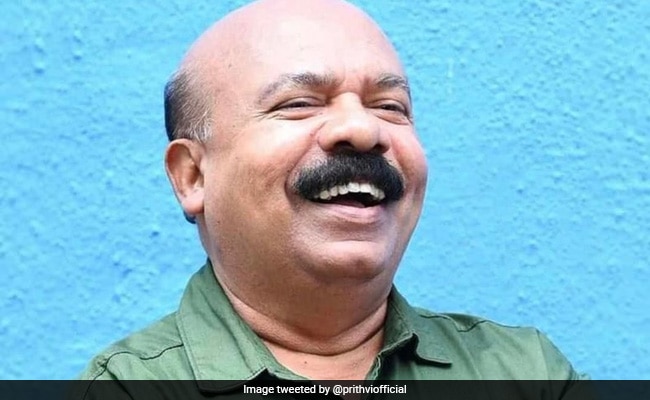 Popular Malayalam actor Pradeep KR, known professionally as Kottayam Pradeep, died of a heart attack on Thursday morning, family sources told news agency PTI. He was 61. Pradeep was rushed to hospital in Kottayam where doctors pronounced him dead, reports PTI. He is survived by his wife Maya and two children, son Vishnu and daughter Vrinda. Kottayam Pradeep's unexpected death has triggered social media which has been overwhelmed by messages of grief. Condolences were shared by Kerala Chief Minister Pinarayi Vijayan and actors Mohanlal, Mammootty and Prithviraj Sukumaran.

In a post shared on Facebook, Pinarayi Vijayan wrote (translated from Malayalam): "Kottayam Pradeep was a special actor who kept even small characters bright in the minds of the entertainers through his unique style. Condolence to his family and loved ones."

Mohanlal and Mammootty also shared messages in Malayalam on Facebook. "Tributes to dear Kottayam Pradeep who gained a place in the hearts of Malayalees through remarkable characters," wrote Mohanlal, who co-starred with Pradeep in the 2015 film Ennum Eppozhum.

Mammootty also shared a tribute to Pradeep Kottayam who had roles in several of his films - Rajamanikyam (2005), 2015's Acha Din and Utopiayile Rajavu, and Puthiya Niyamam (2016) among others.

Kottayam Pradeep was beloved for his comic roles and was known for his distinctive style of dialogue delivery. He began on the stage and was primarily a theatre actor, transitioning to screen roles in his 40s. Pradeep worked in Malayalam, Tamil and Telugu movies. His first film was 2001's Ee Nadu Innale Vare, directed by I V Sasi. His breakout role was in 2010 Tamil blockbuster Vinnathaandi Varuvaayaa which was also shot in Telugu as Ye Maaya Chesave, starring Samantha Ruth Prabhu and Naga Chaitanya. Pradeep appeared in both films.

Kottayam Pradeep's film credits also include Kattappanayile Hrithik Roshan, Aadu Oru Bheekara Jeevvi, Kunhiramayanam and Life Of Josutty. He is believed to have a role in Mohanlal's upcoming film Aarattu.