Mahie Gill Reveals She Has A Daughter, Says She'll Marry When She Wants To 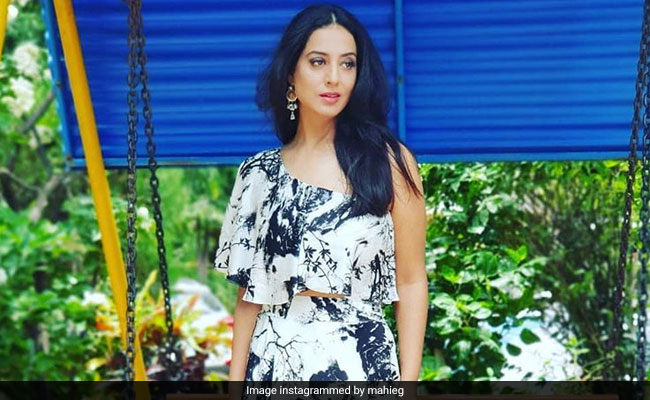 Mahie Gill will be next seen in Family Of Thakurganj. (Image courtesy: Instagram)

Actress Mahie Gill, best-known for her role in the Saheb Biwi Aur Gangster series, found a spot on Wednesday's list of trends after she revealed in an interview that she has a daughter named Veronica, who will turn three in August this year. Several websites including Pinkvilla and India Today have attributed Mahie's interview to Navbharat Times, in which she also said that she's unmarried but she is in a relationship. Speaking about her daughter, Mahie said: "I am very proud that I am a mother of a daughter. Yes, I have not been married yet. When I want to marry, I will do it. In August this year, my child will be three-years-old."

Meanwhile, when Mahie Gill was asked about her plans of getting married, the 43-year-old actress said: "What is the need for marriage? It all depends on the thinking and time. Families and children can be made without marriage. There should be no problem with having children without marriage. I do not think there is a problem... Marriage is a beautiful thing, but doing or not is a personal choice."

On the work front, Mahie Gill was last seen in ALTBalaji web-series Apharan - Sabka Katega while she recently trended after an attack on the sets of her work-in-progress show Fixer.