Ludo Review: Fatima Sana Shaikh, Sanya Malhotra, Pearle Maaney, Shalini Vatsa and the young Inayat Verma, who are all in their elements all of the time - add range, depth and colour to the field. 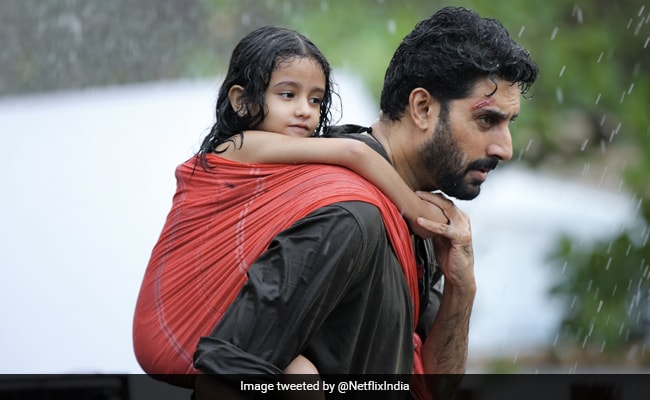 Ludo Review: Abhishek Bachchan in a still from the film (courtesy NetflixIndia)

It is easy to liken life to just about anything, especially when it comes to sport. So, ludo is fair game. It may not throw curve balls at you but it is deadly dicey all right. Largely driven by luck, it mirrors, in its sheer weird randomness, the vagaries of human existence. Anurag Basu's Ludo, a Netflix original film, takes the analogy all the way down to the home stretch - and a little beyond - to come up with a screwball action-comedy that is as delightfully peppy as it is unapologetically pulpy.

Basu, who is also the film's cinematographer and production designer besides playing a key on-screen role as a sutradhar of sorts, injects a picaresque, fable-like quality and a whole lot of wacky humour into his Ludo, a goofy take on love, loss and letting go that reflects the dynamics of destiny in the wildly fluctuating lives of the characters who people four diverse, intersecting stories.

A guy stumbles upon an old sex clip that could jeopardize his ex-girlfriend's much-awaited destination wedding. A criminal emerges from jail after a six-year sentence to find that his wife and daughter are no longer his. Another man, a small-time crook-turned-dhaba owner, pines for the now-married woman he has loved ever since he can remember. And a small-town boy courts trouble when he makes off with an unclaimed suitcase and a Malayali nurse.

The initial spotlight is on the four men who have nothing to do with each other. Their paths lead willy-nilly to a gangster who rules the town from a sprawling riverside den that stands hidden in plain sight. He kills a builder, his wife and her lover, triggering a chain of events that the cocky guy himself has no control over. The rest have no clue. They are simply sucked in by the whirlpool.

Each one of them, including the invincible mafia don, a character straight out of a comic book given the way he survives death-defying falls and leaps, has a strong-willed woman to contend with, which makes the rigmarole infinitely dizzier and that much more fun.

Like any game that is worth its salt, Ludo takes a while to warm up as the pieces are placed in front of us, first one after another and then in a confounding criss-crossing heap. An overload of information has to be processed before you can even begin to wrap your head around what exactly is going on. But isn't that how life is in its unpredictability? 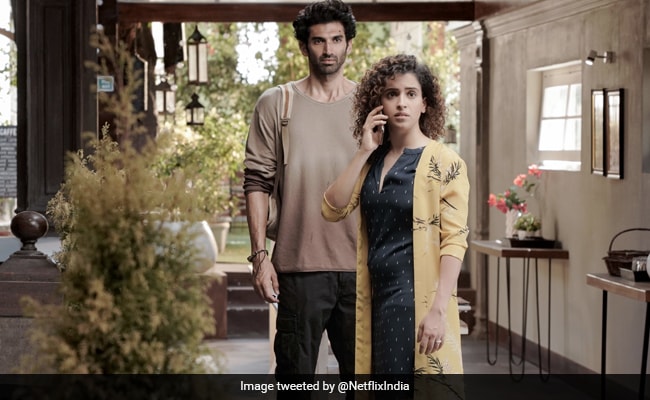 Basu's script captures the imponderables of the concepts of paap and punya (sin and virtue) and desire and fate to perfection, taking recourse to delightfully divergent ways to capture the tortuous nature of love and its myriad complications.

Once the film hits its straps, there is no stopping it until it romps home. The characters are sent on a wild goose chase across unspecified locales is search of things that their hearts hope for but their minds cannot fully grasp. Consider the smiling assassin Satyendra Tripathi alias Sattu Bhaiya (Pankaj Tripathi), who takes the barely smooth with the terribly rough without losing his ability to look at the brighter side of life.

When he guns down his first victim from point-blank range, he lets him know that he believes that he is doing him a favour. He says that he is giving the about-to-die man the chance to make a "fresh start" in an imagined afterlife. Alok Kumar Gupta alias Aalu (Rajkummar Rao), who waits tables in his own eatery and apes Mithun Chakraborty, is no less quirky. Having lost the love of his life, he repeatedly stakes his all to help Pinky (Fatima Sana Shaikh) free her husband, who is in jail for a crime he did not commit. Aalu admits that he can never say no to the lady. He jumps headlong into the mission and goes belly up several times over but clings to his altruism. 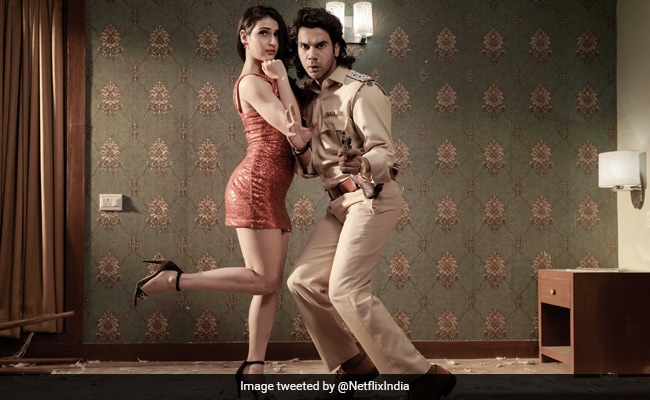 Now to the sex tape. Ventriloquist Akash Chauhan (Aditya Roy Kapur) is alarmed when it surfaces out of the blue despite the fact that his own face isn't visible in the footage. But his partner in the act, Shruti Choksi (Sanya Malhotra), is clearly identifiable. The clip goes viral and threatens to derail the girl's upcoming marriage to an affluent incense stick entrepreneur. Akash and Shruti swing into action to have the video taken down.

The only strand of Ludo that is somewhat low on mirth is the one in which an earnest-as-hell Batukeshwar Tiwari (Abhishek Bachchan), Bittu to the world, fights to assert his right over the daughter he fathered with wife Asha (Asha Negi) before ending up in jail.

Also in the frame is a poor little rich girl Mini (Inayat Verma), neglected by her parents and robbed of a pet, her only true friend. A plan, fuelled by childlike daring and an episode of the television show CID, propels the child into Bittu's orbit. Together, they hatch another plan to make a quick buck and force her negligent parents to mend their ways.

Out there in the jumble is the feckless boy Rahul Awasthi (Rohit Saraf) who is dragged into the 'epicentre' of crime lorded over by Sattu Bhaiya. He finds himself on the lam with a big booty and a spunky nurse Sheeja (Pearle Maaney), who does not speak a word of Hindi, which causes a few piquant situations. 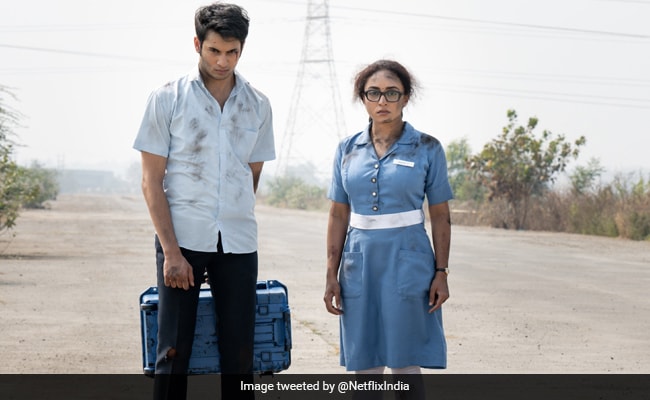 Ludo uses a Hindi film song composed by C. Ramchandra nearly seven decades ago - "O betaji, kismat ki hawa kabhi naram kabhi garam" (Albela, 1951), which has Bhagwan Dada sporting a toque blanche and dishing out pop philosophy - as a musical refrain. The betajis and babujis that the song refers to are the trouble-prone quintet of Ludo whose throws of the dice rarely deliver the numbers they need in order to stay the course. The women in their lives - including little Mini - are far more clear-headed. That they receive no mention in the song pulled out from the womb of time is no big deal. The suggestion is that they are capable of shaping their own destinies.

With Pankaj Tripathi and Rajkummar Rao pulling their weight without faltering and Abhishek Bachchan doing a fine job of fleshing out a brooding misfit in quest of redemption amid the chaos, the performances stay true to the spirit of the film. Rohit Saraf as the unassuming, always-at-sea Rahul and Aditya Roy Kapur as the voice artiste who frequently needs more than his art to bail him out of trouble, keep pace with the rhythm of the game. 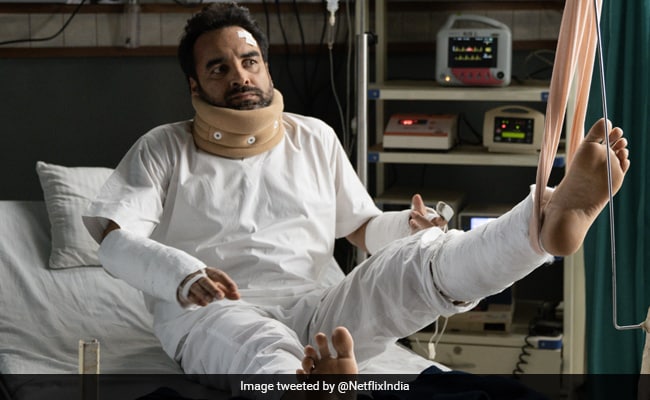 The girls - Fatima Sana Shaikh, Sanya Malhotra, Pearle Maaney, Shalini Vatsa (as the head nurse who develops a bond with Sattu Bhaiya) and the young Inayat Verma, who are all in their elements all of the time - add range, depth and colour to the field.

One of the male characters in Ludo admits to his friends: "Kuch rishton mein logic nahi hota, sirf magic hota hai." Absolutely! Think of Ludo as a ride with more magic than logic and you will probably find it worth some, if not all, of your love. Give the game a shot.