On Lucifer Season 6 Release Day, A Ride Back To Heaven, Hell And Between

The upcoming season will hit our screens on Friday 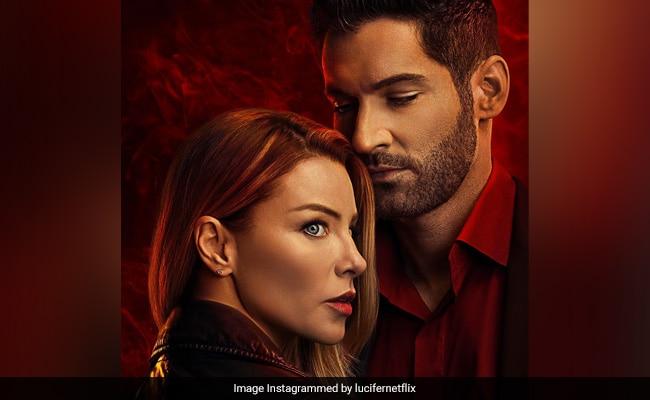 - A still from Lucifier. (courtesy: lucifernetflix)

The wait is finally over for all Lucifer fans out there. We have the final season of the much-anticipated Netflix show hitting our screens on Friday, September 10. Once again, Tom Ellis will step into the shoes of Lucifer Morningstar with his love interest detective Chloe, played by Lauren German, by his side. The upcoming season will also feature Lucifer's most trusted lieutenant Maze aka Mazikeen of the Lilim. The character is portrayed by Lesley-Ann Brandt. We know you are already excited to binge-watch the upcoming season. But, don't you think we all deserve a quick recap of what all has happened so far? Let's take a look:

The final season of Lucifer premieres in 12 hours!

But you don't have to wait to watch the opening scene from the season premiere! pic.twitter.com/pLnyOAcr3a

We have to start with this one. “Oh my me,” - Lucifer is now the “God”. Remember when he picked the “Flaming Sword” and cut off his twin-brother Michael's wings? Well, it's hard to forget.

Lucifer finally confessed his feelings for Chloe. That scene when Lucifer gave her the ring and said the golden words, “I choose you, Chloe...because I love you” made us cry. Were you weeping too?

This one is for those who haven't seen a single episode yet. Lucifer, then the Lord of Hell, was banished by his father, “God”. Lucifer then found a place for himself in Los Angeles, US, and opened a nightclub.

We saw “God”, played by Dennis Haysbert, for the first time in Season 5. He came down to planet Earth to spend some time with his children. During the course of his stay, “God” had decided to retire, leaving his children to fight for the throne.

When you realize God has work to do. #luciferpic.twitter.com/mFBl5TbCSk

Lucifer's mother, Charlotte, followed “God” to Earth after she was sent to hell. She wanted to take revenge for what God had done.  Actress Tricia Helfer played the character on screen.

Let's go back to Lucifer now. He has the power to make people speak the truth. After all, he knows how to control a mind. He is an artist in this category. But his art failed miserably in front of Chloe. Seems like she is immune to it.

Lucifer's confidant Maze gave her mother's ring to him for the trip to heaven.