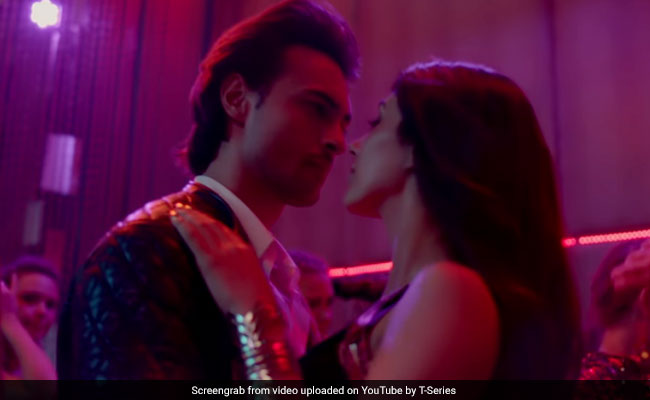 Put on your dancing shoes folks, because Aayush Sharma and Warina Hussain are here with the second song from their film Loveratri. Earlier this month, the makers had released the first song, Chogada and now it's time for the party number Akh Lad Jave. Promoted as the 'love anthem of the year,' Akh Lad Jave has been picturised at a night club. The song features the film's lead pair Aayush Sharma and Warina Hussain grooving to the tunes of the song sung by Asees Kaur and Jubin Nautiyal. Tanishk Bagchi and Badshah have composed the music for this foot tapping number. The two-minute long video begins with Warina Hussain making way to the dance floor followed by Aayush.

Watch the new song from Loveratri.

As mentioned above, makers had released Chogada earlier this month. The song featuring Aayush Sharma and Warina Hussain has over 18 million views.

Both Aayush and Warina are making their Bollywood debuts with Loveratri. Aayush, who is Salman Khan's brother-in-law, is the producer of the film. Salman in an interview to IANS revealed why he chose to produce Loveratri: "Love is supreme and ultimate. You love your family, girlfriend, wife, brother, sister and friends, and sometimes we fight with them. But during festival times or at a time when the person needs you emotionally or in bad times like illness or accident, everyone comes back and stands together and forgets all the enmity. That's how I thought of making a film with festive background."

Directed by Abhiraj Minawala, Loveratri also stars Ram Kapoor and Ronith Roy. The film is scheduled to release on October 5.