Laxmmi Bomb Trailer: Akshay Kumar is back again with another rib-tickling comedy 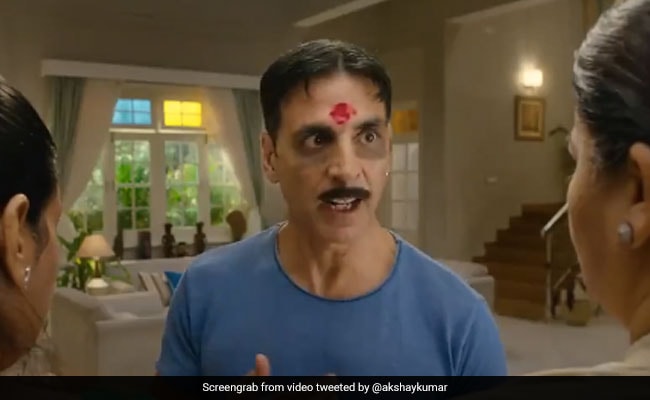 Finally, it's here! The trailer of Akshay Kumar's horror-comedy Laxmmi Bomb released on Friday and it is a complete laugh riot. Going by the trailer, it can be said that the film that also stars Kiara Advani, Ayesha Raza and Rajesh Sharma, is a perfect blend of comedy, suspense and thriller. Kiara Advani plays the role of Akshay Kumar's wife in the film. The trailer starts with Akshay declaring, "Jis din sach mein mere samne bhut aayy na toh maa kasam chudiya pehen lunga." After a dance sequence of Akshay and Kiara, the duo can be seen entering her parents' (played by Ayesha Raza and Rajesh Sharma) house. What follows next are rib-tickling scenes of Akshay making the lives of the family members hard after being possessed by a ghost - not just any ghost but a transgender ghost.

A few hours before the trailer dropped on the Internet, Akshay Kumar shared a picture of himself and Kiara Advani from the film on social media and wrote: "Waiting for the #LaxmmiBombTrailer just like Kiara Advani and me? Hang in there...just 3 hours to go."

Earlier, speaking about his film, Akshay Kumar told news agency PTI: "In my career of 30 years, this is my most mentally intense role. It has been that tough. I've never experienced something like this before. The credit goes to my director, Lawrence sir. He introduced me to a version of myself which I didn't know existed."

Laxmmi Bomb is a remake of the 2011 Tamil film Kanchana and it has been directed by Raghava Lawrence, who also helmed the original.

Laxmmi Bomb was supposed to release on May 22 but got delayed due to coronavirus pandemic. The film will now release on November 9 on Disney+Hotstar.