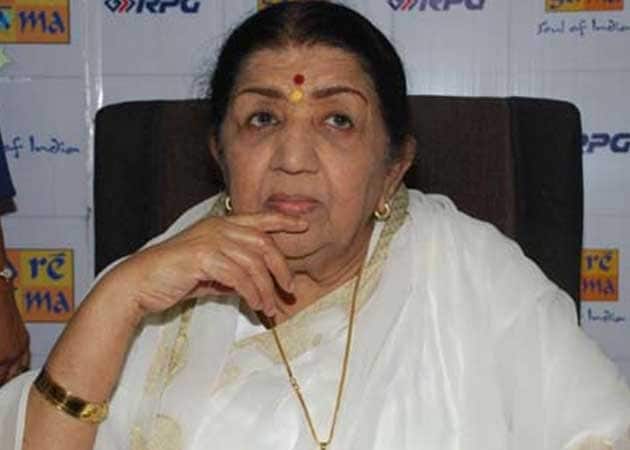 Legendary singer Lata Mangeshkar, who turned 85 on Sunday, skipped her birthday celebrations as she was not well.

She was connected live on a telephone where she apologized for not making it to the event due to her ill-health.

Lataji said she was feeling sorry for cricket maestro Sachin Tendulkar who had come all the way to felicitate her.

Since Lataji couldn't make it to the event, her sister Usha Mangeshkar was felicitated on her behalf instead.

Sachin Tendulkar had agreed to be the chief guest at the event, which was organized by music events organization Hridayesh Arts at the Shanmukhananda Auditorium, King's Circle in Mumbai.

The occasion was momentous as Hridaynath Mangeshkar, younger brother of Lataji, has also completed 60 years of his music career.

Promoted
Listen to the latest songs, only on JioSaavn.com
Starting her career in 1943 at the age of 13 with the song Mata Ek Sapoot Ki Duniya Badal De Tu for Marathi film Gajaabhaau, Lataji, who is called the 'Nightingale of India', went on to record songs for more than 1,000 films in 36 languages.