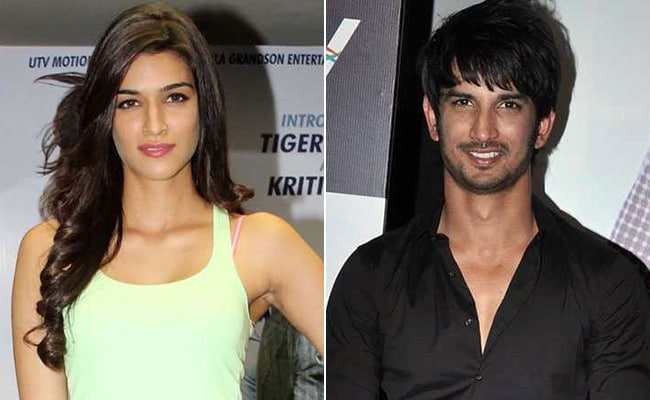 Dangal director Nitesh Tiwari has reportedly signed Kriti Sanon as his leading lady for his untitled next, a mid-day report stated. Nitesh Tiwari's next film also features Kriti's rumoured boyfriend Sushant Singh Rajput. The actors have previously worked together in 2017's Raabta, which proved to be a box office dud. Mr Tiwari's project is in final stages of discussion and a word of confirmation from the makers can be expected anytime soon, mid-day reported. "While the filmmaker was in talks with a few actors for the part, he was keen on Kriti - he was impressed with her performance in Bareilly Ki Barfi (which was written by him and directed by his wife Ashwini Iyer). The two met recently to discuss the project. Kriti is quite excited about the script. It's in the final stages of discussion, but she is yet to sign on the dotted line," a source told mid-day.

Kriti Sanon will leave for London at the end of this month to start shooting for her next film Housefull 4. She will also start working on Ashutosh Gowariker's Panipat, which goes on floors this November. Therefore, the actress hasn't zeroed in on her dates for Nitesh Tiwari's film till now. "Kriti is trying to accommodate Nitesh's project between two schedules of Panipat. If everything works out, the film may roll in December," according to themid-day report.

Promoted
Listen to the latest songs, only on JioSaavn.com
Meanwhile, Sushant Singh Rajput, who is also part of the project, is currently filming the Hindi remake of Josh Boone-directed The Fault In Our Stars. Sushant Singh Rajput has reportedly given his nod for the sequel of 2016's superhit film M S Dhoni: The Untold Story. The actor has films like Kedarnath, Chanda Mama Door Ke and Son Chiraiya in the pipeline.

Nitesh Tiwari had announced about his collaboration with Sajid Nadiadwala and Fox Star Studio for his next venture last month. "Looking forward to being a part of the Sajid Nadiadwala and Fox Star Studios family for my next after Dangal. A story I am excited to tell. Releases on August 30, 2019. Cast to be announced soon, stay tuned," the director had tweeted. Mr Tiwari's last film Dangal emerged as a huge box office success, and received critical acclamation as well. The film had also performed well at the China box office and went on to break many box office records in the country and overseas.