"He must be especially missing this one particular type of fan too," wrote Anushka 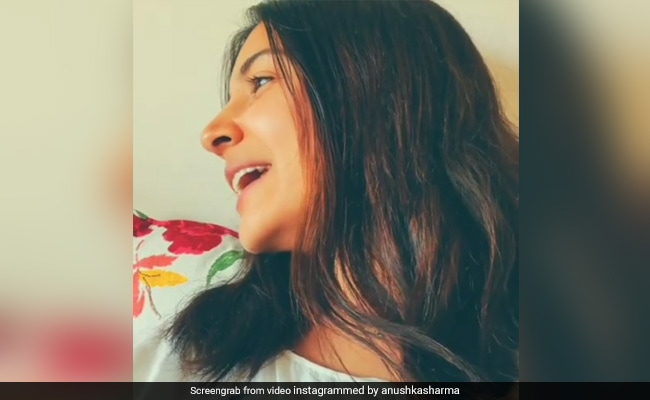 Anushka in a still from the video. (courtesy: anushkasharma)

Lockdown or no lockdown, Anushka Sharma surely knows how to have her fair share of fun and her latest Instagram entry is a proof of that. On Friday, the actress posted a video on her Instagram profile, in which she kept shouting: "Kohli, chauka maar na. Kya kar raha hai?" Meanwhile, Viral Kohli could be seen rolling his eyes in the video. In her post, Anushka revealed that she was sort of mimicking a specific type of cricket fan. Well, she did a pretty good job at that. What say? She captioned the post: "I thought he must be missing being on the field. Along with the love he gets from millions of fans, he must be especially missing this one particular type of fan too. So I gave him the experience." Anushka's post was flooded with comments. Kartik Aaryan wrote: "I am that fan." Arjun Kapoor dropped a hilarious comment and wrote: "Depend should have been for a 6 at least."

I thought he must be missing being on the field. Along with the love he gets from millions of fans, he must be especially missing this one particular type of fan too. So I gave him the experience

Well, at least Anushka and Virat can play Monopoly together. Check out the post here:

It's from our primary care givers - family that we learn how to tread the journey of life, how to walk, how to eat, how to socialize & then face the world. This forms our initial conditioning that has a lasting impact on us. In the world we inhabit today, there is a lot of uncertainty and I'm sure a lot of you have found that solace & sense of familiarity with your families. Stay at home to take care of everyone precious in your lives. And also make the most of these moments ... smile, laugh, share, show affection, clear mis-understandings, develop stronger/healthier bonds, discuss life and dreams and pray for a better tomorrow. We all have been moved deeply, we all have been affected deeply and hopefully we will carry forward these lessons in the days to come. And hopefully, we have all conditioned ourselves to relook at the world we inhabited before all of this happened... P.S. : It was a super close game of Monopoly and the competitive side of everyone was out there. Any guesses who won??

Anushka Sharma and Virat Kohli have been keeping their fans updated. The couple have been actively sharing awareness messages and snippets from their quality time together.