Koffee With Karan 7: The Sara Ali Khan-Janhvi Kapoor Oopsie That We Didn't See

Karan Johar went on to reveal that he was "shocked" too because as per him, Sara Ali Khan had "nailed" the rapid-fire round 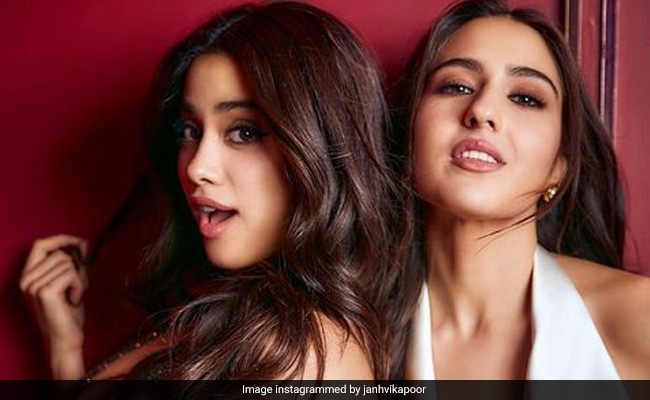 Karan Johar has brought the curtains down on Season 7 of his talk show Koffee With Karan with an amazing grand finale episode. Influencers and stand-up comedians Kusha Kapila, Niharika NM, Tanmay Bhatt and Danish Sait switched seats with KJo and made him spill some secrets. As the members of the jury for the Koffee Awards, the quartet questioned Karan Johar about him “name-checking” Alia Bhatt in every episode, being “partial” to Janhvi Kapoor over Sara Ali Khan in the second episode and discussing every celeb's sex life without a miss. When Niharika insinuated that Karan Johar was partial towards Janhvi over Sara (to which the other three jury members also agreed) the filmmaker exclaimed, “No, that's not true.” But Niharika NM, Kusha Kapila and Danish Sait were ready with proof.

“You said, ‘Janhvi, you're so hot' and ‘Sara, what happened with your dad?' Just, so sad Sara,” said Niharika NM. Danish Sait quickly added, “As somebody who was raised by a single parent, I would have cried (in that situation). That poor girl (Sara Ali Khan) was so strong.” Kusha Kapila chimed and said that there were “comments made about who's hotter, who is frugal with money, who is going to get the next Dharma project.” Then Niharika added, “It's all Janhvi.” The barrage of examples didn't end there. Tanmay Bhat highlighted how KJo uses Ormax ratings to claim who is more successful in Bollywood.

Karan Johar, who laughed at all the comments, revealed a rapid-fire gaffe to justify his actions. “In my defence, I love Sara. She is also working with us, she is doing two feature films with us back-to-back,” he said and blamed a technical glitch on the show for him favouring Janhvi over Sara.

Karan Johar shared that the shooting for Koffee With Karan Season 7 started with Sara Ali Khan and Janhvi Kapoor's episode and due to a technical error, Janhvi was announced as the winner of the rapid-fire round. KJo also showed footage of the mess up. It featured Janhvi getting chirpy and excited after the audience voting showed her as the winner. Sara, who was “shocked,” called the results “rubbish” and said that Janhvi did not deserve the hamper.

Karan Johar went on to reveal that he was “shocked” too because as per him, Sara Ali Khan had “nailed” the rapid-fire round. However, a few minutes later, they were told it was a mistake and Sara was the actual winner. “I felt so guilty that I started calling her hot, and that entire part was cut, and it came across that I was just being partial,” he said.

In the last episode of Koffee With Karan Season 7, the filmmaker also opened up about feeling “offended” for not being invited to Katrina Kaif-Vicky Kaushal's wedding, dealing with anxiety a couple of years ago, and his dating life.