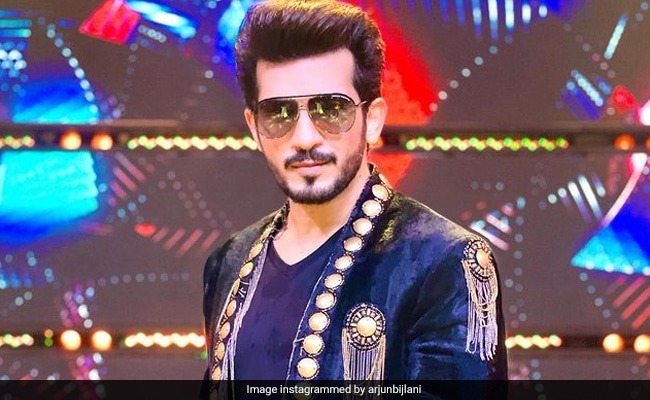 Arjun Bijlani on Sunday was announced as the winner of the adventure-reality show Khatron Ke Khiladi and the popular TV star said he wanted to win the series for his five-year-old son, Ayaan. Bijlani participated in the 11th season of the Colors show, which was filmed in Cape Town, South Africa.

In an interview with PTI, Bijlani said he was overjoyed after winning the show, hosted by filmmaker Rohit Shetty as it was not an easy feat to pull off.

"It feels great to have won the show. It was a long journey in Cape Town. When Rohit sir announced my name, I was extremely happy."

"I really wanted to win this one for Ayaan more than anything. He had told me that he wanted me to win the trophy. For a kid it's a big thing," the 38-year-old actor said.

Doing a show like Khatron Ke Khiladi was not a natural progression for him, the actor said, adding he is glad he took a chance.

Bijlani said when he was approached for the show's latest season, he had "doubts" and wasn't "too sure" if he wanted to take it up.

"I was offered this (show) earlier as well but it never worked out because of the dates. I too wasn't that keen, I didn't know if I could do all of that. But I was told by my friends that this is a once-in-a-lifetime opportunity and I must participate in the show for the experience.

"So this time when I was offered the show, I said I'll do it. I thought I'll take it one day at a time, face these challenges and do these stunts," he shared.

What also worked in his favour was the opportunity to reach out to his audience after a long gap in shooting because of the coronavirus-induced nationwide lockdown last year, Bijlani said.

Khatron Ke Khiladi was filmed over 42 days amid strict COVID-19 safety protocols in Cape Town. "I knew that the show would also help me as an actor. It's popular with kids. It was a great opportunity after the pandemic (lockdown) to connect with fans like this. There were multiple reasons for me to say yes to the show," he added.

Kaun Banega Crorepati 13, Episode 26: Amitabh Bachchan Had A Hearty Laugh With This Contestant