Karan Paranjape died on March 25. The cause of death is not known yet 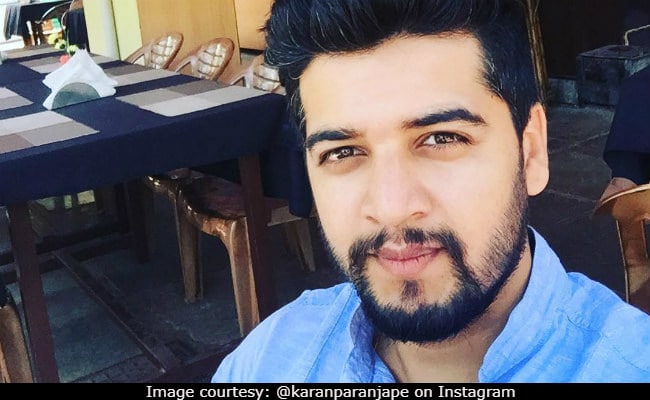 New Delhi: Television actor Karan Paranjape, best-known for portraying the character of Jignesh or Jiggy in Star One's popular series Dill Mill Gayye, died in Mumbai at just 26. The actor's Dill Mill Gayye co-star Karan Wahi mourned Karan Paranjape on Instagram with a story. "You will be missed dear Jigs, rest in peace my friend," Karan Wahi wrote on Instagram, tagging the late actor's profile. His Dil Mill Gayye co-star Sehban Azim told news agency PTI, "He died on March 25. He was staying with his mom. Cause of death is not known to us as of yet. All we know is that he slept and he didn't wake up. It's really sad. We couldn't go to the funeral too because we got to know about it late."


Since the news broke, tweets mourning the actor have flooded timelines. "Karan Paranjape, Jiggy of #DMG passed away. May his soul RIP," read one tweet while another user remembered the actor like this: "RIP Karan Paranjape. Absolutely loved your comic timing alongside Barun Sobti as Raj in DMG. May God give strength to your family and friends."

Karan Paranjape Jiggy of #DMG passed away may his soul RIP

#RIP@KaranParanjape Absolutely loved your comic timing alongside @BarunSobtiSays as Raj in #DMG May God give strength to your family and friends pic.twitter.com/fKJTA3xix8

Promoted
Listen to the latest songs, only on JioSaavn.com
Apart from Karan Wahi, Karan Paranjape also co-starred with actors like Karan Singh Grover, Mohnish Bahl, Jennifer Winget, Shilpa Anand, Amit Tandon and Shweta Gulati in Dill Mill Gayye, which ran between August 2007 and October 2010. Karan had also featured as Jignesh or Jiggy in Sanjivani (which ran between 2002 and 2005) - the predecessor of Dill Mill Gayye.Sanjivani was headlined by Gurdeep Kohli and Mihir Mishra.