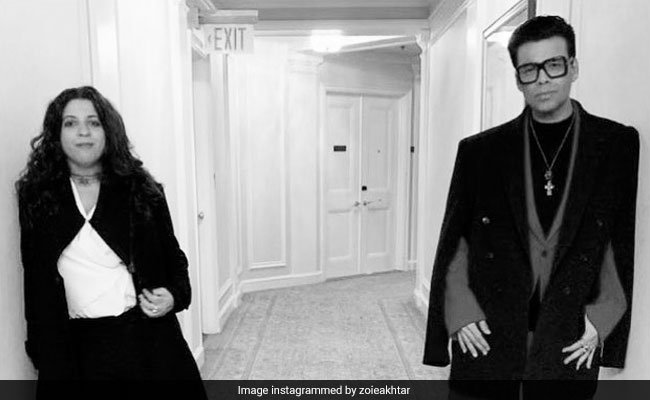 Filmmakers Karan Johar and Zoya Akhtar announced a musical fundraiser event I For India to help the coronavirus frontline workers. The musical concert, which will live stream on Facebook on May 3, will feature performances and video messages from more than 85 global and Indian celebrities. The celeb list includes Shah Rukh Khan, Priyanka Chopra, AR Rahman, Aamir Khan, Anushka Sharma, Abhishek Bachchan, Aditya Roy Kapur, Aishwarya Rai Bachchan, Akshay Kumar, Arijit Singh and Diljit Dosanjh among others. The money raised through the concert will go to Give India's COVID-19 Response Fund aimed to help the coronavirus frontliners. The concert is organised with the vision to entertain the people confined to their homes, pay tribute to the frontline workers and raise funds for the underprivileged people. The four-hour-long concert will stream live from 7.30 pm on Sunday.

Priyanka Chopra, who is a UNICEF Goodwill Ambassador, said, "Unexpected, uncontrolled, unparalleled. The coronavirus has forged a brutal path across the world and in the line of fire as well - you, me and pretty much everyone across the world. Lockdowns, quarantines, social distancing - yeh hain humara naya normal."

Anushka Sharma, who has been actively spreading awareness regarding coronavirus using her social media profiles, said, "While we may be social distancing and that's the requirement, I don't think we've ever been more connected. People helping each other, spreading awareness just so that we can protect each other and that is the victory of human spirit."

Speaking of the coronavirus pandemic, Zoya Akhtar said, "May we remember the lessons learnt and never forget we aren't above nature, we're just a small part of it."

In a statement, Ajit Mohan, Vice President and Managing Director, Facebook India said, "As a company, Facebook is committed to being an ally for India as the country fights the coronavirus outbreak. Our efforts so far have been focussed on providing access to accurate health information and supporting communities around the country. We recently launched Facebook Fundraisers, that allow people to leverage the full scale and power of the platform and their passion to direct resources to initiatives that can protect and save lives. We're grateful to the creators, celebrities and publishers participating in 'Social For Good' Live-athon to drive the fundraisers. The I for India concert is the grand finale of these efforts, featuring well-known artists and influencers."

Atul Satija, CEO, GiveIndia, said: "The I For India fundraiser concert, backed by a fabulous line up of stars, really feels like a nation coming together - though we are isolated, we are united in our efforts to win this battle against COVID-19. We have already received tremendous support for our missions to provide humanitarian aid to those most affected by this crisis, particularly migrant workers and daily wagers. But with the concert going live on the world's largest social media platform, it will help reach the millions of people who want to contribute to this war-like effort. We are extremely grateful to the organisers for putting their trust in us as the donation partner."