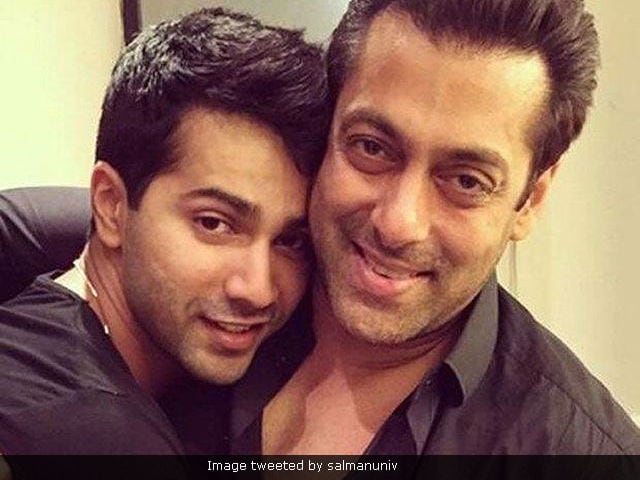 New Delhi: Actor Varun Dhawan unveiled the first look of his upcoming film Judwaa 2, a revamped version of Salman Khan's hit film Judwaa, which released in 1997. The film's principle cast has been redone but David Dhawan reprises his role as the film's director. Hours after the film's first look was released, David Dhawan told news agency IANS that no one can replace Salman Khan. Varun will step into Salman's shoes. There is one Salman Khan (and) there is no replacement. He is an unpredictable actor...You don't know what he will do. Once the camera is on he is something else only," said David Dhawan at a press conference reported IANS.

Raja and Prem (both played by Salman Khan) were separated soon after their birth and were reunited in their youth. Both have distinct personalities - Raja was street-smart while Prem was the obedient son. Actresses Jacqueline Fernandez and Taapsee Pannu will take over from Karisma Kapoor and Rambha in the film.

David Dhawan told reporters that though much of the plot of Judwaa 2 will be the same, there are some changes they've made in the story. He said: "We have made changes to the original story. We can't share details," reported IANS. Fans can rejoice as the films two popular songs - Chalti Hai Kya Nau She Barah and Oonchi Hai Building - have been kept by the makers.

Promoted
Listen to the latest songs, only on JioSaavn.com
Produced by Sajid Nadiadwala, the sequel is set to release on September 29. Before Judwaa 2, Varun will be seen in Badrinath Ki Dulhania opposite Alia Bhatt.