Joker Movie Review: As a portrait of anxiety and nihilism stemming from poverty and systemic oppression, it is magnificent. 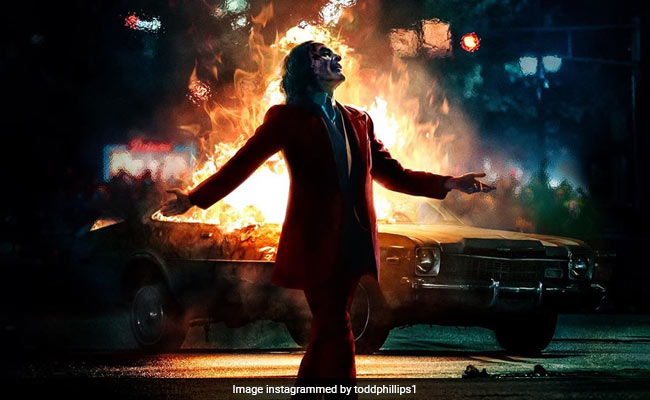 Evil never gestates in a vacuum. To take shape, go out into the world and evolve, it requires a countervailing force to challenge it on multiple planes - from the visceral at one end to the ethical at the other. Joker, a dark, subversive and wholly absorbing account of the origin of the seminal DC Comics villain, delves into the nature and substance of malevolence through the means of a story that, for the first time ever, does away with Batman. But that does not mean Arthur Fleck, played with stunning aplomb by Joaquin Phoenix, does not have a fight on his hands. It is so extreme that it drives the mentally fragile man over the edge. Joker, Batman's bete noire, is born.

In this sweeping construct, Fleck isn't obviously incited by a crime-busting superhero but by social realities loaded heavily against his ilk, people who are easy to paint into a corner and crush. For all the numbingly abominable violence that he unleashes when rage gets the better of him, he morphs into an inadvertent rallying figure for those that have been hung out to dry by rapacious stockbrokers and insensitive administrators. Fleck has been dealt a terrible hand. As he sinks into insanity as a result, he makes common cause willy-nilly with others who are similarly down in the dumps. Joker opens with Fleck coming out of a correctional home and walking straight into a city where sanitation workers are on strike, garbage is piled up everywhere and he is brutally assaulted by a gang of teenagers for making off with a signboard announcing the demise of a music store. "We live in a society that stinks," he later says. Up until a point, Fleck isn't bad at all. He makes visible efforts to be as inoffensive and unthreatening as he can be although his hollow, rasping laugh, which he is unable to control owing to a neurological condition, cannot but draw unwanted attention.

Fleck lives in a cramped, dimly lit apartment with his ailing mother Penny (Frances Conroy) and plays the dutiful son to the hilt. Embedded in the old lady's back story is one of the precipitants of her son's metamorphosis. The building's elevator does not work and on his trudges up and down the stairs he bonds with Sophie (Zazie Beetz), a single mother and his neighbour. He is aware of the absence of a father and searches in vain for a stand-in. "I've been the man of the house ever since I can remember," he says (with a mix of remorse and pride) in the course of a spur-of-the-moment conversation with Murray Franklin (Robert De Niro), a late-night television show host he idolizes to the point of distraction.

The Fleck-Franklin relationship, another reason that hastens the onset of Joker's destructive streak, is an obvious reversal of the 1983 De Niro-starrer The King of Comedy, where the actor played a wannabe stand-up comic who looks up to a senior in the business who he goes to the extent of kidnapping. Another Martin Scorsese film (Taxi Driver) is cross-referenced in Joker, but not quite as directly. Like De Niro's Travis Bickle, Arthur Fleck receives the rough end of the stick and is pushed to the wall by the scorn repeatedly heaped upon him by a society that, as his counsellor reminds him, doesn't "care a shit" about him.

Joker definitely wouldn't rank alongside Scorsese's finest films, but it has enough inherent heft and ambition to be in a league way, way above that of most superhero flicks. The screenplay, jointly written by Scott Silver (The Fighter) and the film's director, Todd Phillips (The Hangover trilogy), combines the tropes of a grim, gritty psychological thriller with overt stabs at social commentary. It turns Gotham City of the late 1970s/early 1980s, where chaos reigns supreme, into a microcosm of contemporary New York, where a war is on between "those who have made something of their lives" and "those who haven't".

The man who speaks of this era-defining divide - business magnate and mayoral candidate Thomas Wayne (Brett Cullen), father of the future Batman, Bruce Wayne - elaborates on why the former group sees the latter category of citizens as "clowns". This creates a socio-political context for Fleck's "rebellion" against the established order. When funding for the social services that pay for Fleck's meds and visits to his social worker is cut, he is left to fend for himself. 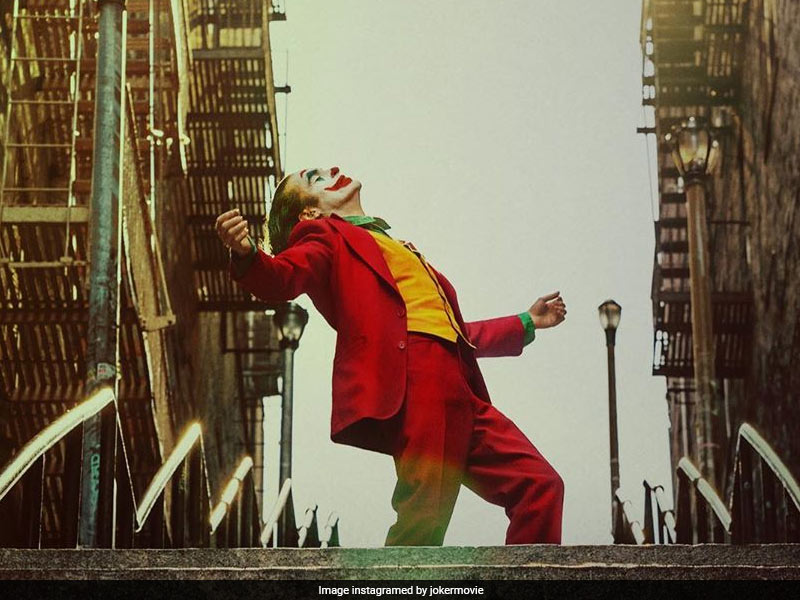 Joker Movie Review: It opens with Fleck coming out of a correctional home

The director of Joker leans heavily on the astounding brilliance of an emaciated-for-the-role Phoenix to create an accidental moral disruptor so strong that he blows everything away like a gust from hell. The actor, all skin and bones, fires on all cylinders. As a clown-for-hire languishing at the very bottom of the socio-economic pecking order, Phoenix uses accentuated dance movements to express both agony and ecstasy, the angularities of his scraggy body rendering his swaying particularly disquieting.

The film plunges into the life of the archvillain in a way, and to an extent, never attempted before. In doing so, it delivers a provocative and corrosive take on the very notion of villainy and radically pushes the boundaries of the genre, turning into an unsettling yet fascinating character study.

Joker's acts of violence are as random as they are pure and unalloyed, unleashed with the sole intention of registering his presence in a world where he is a mere clown, a failed one at that, and a perennial butt of ridicule. Fleck's misgivings propel him into situations that are fraught with danger. The more trouble he gets into the harder he recoils from the world. As he goes into a shell and plans his reprisals, each action of his is bloodier and more startling than the previous one. His tussle is as much with his own worsening psychosis as it is with a city that he believes should be burnt down.

It is an environment in which Fleck's wounds inevitably fester and his fury mounts. At one point in the film, he admits that "I don't believe in anything" although we see him right from the start of the film jotting down his thoughts and jokes in a notebook that, in its sheer arbitrariness, mirrors the state of his mind.

Many may find this heightened portrait of a villain bordering on the irresponsible and tendentious because it seems to make a 'hero' out of Joker. But don't we live in a world that is increasingly being taken over by democratically elected madmen thriving on fear-mongering and viciously divisive strategies? It is also problematic that in times in which mass killings have been hitting the headlines with alarming frequency, evil is sought to be equated with mental instability.

Yes, the dark, disturbing worldview of Joker may leave you severely discomfited. However, as a portrait of anxiety and nihilism stemming from poverty and systemic oppression, Joker is flat-out magnificent and undeniably compelling. No two ways about it.