Jallikattu Movie Review: This Socio-Political Allegory Is Both Fire And Rain

Jallikattu Movie Review: Politics runs like a thread through the film but its intentions are never overt. 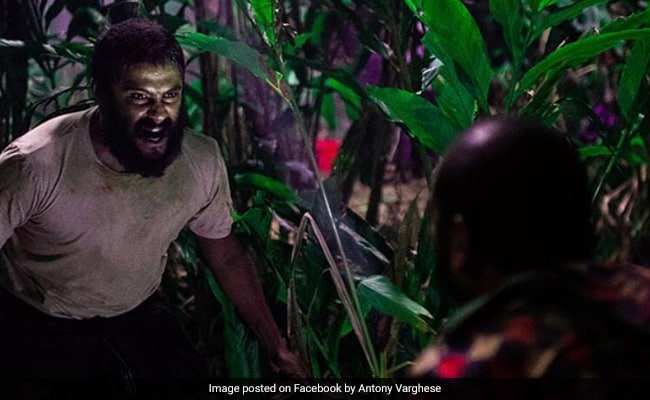 A follow-up to Lijo Jose Pellissery's lauded Angamaly Diaries and Ee.Ma.Yau, Jallikattu is a dizzying, frenetically paced socio-political allegory that pulls off a bravura blend of image, sound and provocative themes in the service of a story focused squarely on putting man's capacity for brutality under the scanner. The sight obviously isn't edifying - it isn't meant to be - and chaos reigns as an unforeseen crisis hits a Kerala village, but the film is an absolute whiplash that rips open the ugly heart of masculinity gone haywire.

Jallikattu is Lijo's seventh feature. In many ways, it condenses into its crackling 90 minutes the combined power of all his previous films while it, like the last two dramas that have earned him near-cult status, deals with a multiplicity of characters who barrel into situations in ways that create more problems than solve.

A meat-seller's buffalo gives its owner the slip just as preparations are on to kill it. The butcher enlists the support of the entire village to bring the beast to heel, but deep-seated animosities cleave the pursuers into the hostile groups working at cross-purposes.

"I have trapped the beast," the butcher exults at one point, not realizing that he may be speaking too soon. But what of the beast straining at the leash within him? It takes the slightest provocation to go out of hand, completely and irretrievably. 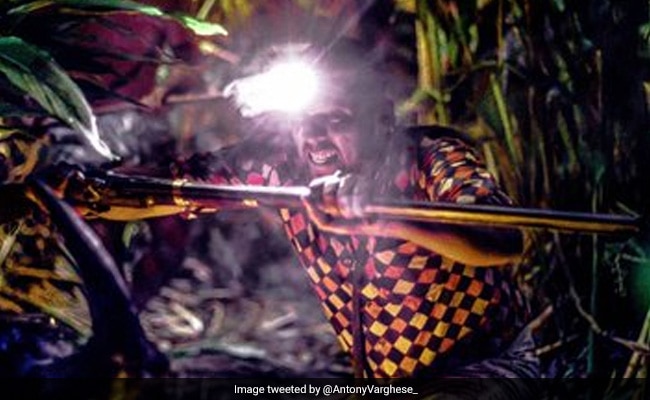 Jallikattu is fuelled by a very high level of energy and the sound design plays as important a role as the visuals in propelling a tale in which the line separating the hunter and the hunted is precariously thin. One imperceptibly and shockingly merges with the other as the pursuit of the buffalo on the run brings out the worst in the men who are out to trap and kill it. They turn upon each other.

Adapted by S. Hareesh and R. Jayakumar from the former's story, Maoist, the film is set in a remote village surrounded by hills and forests. It looks idyllic enough on the surface. But what lies beneath is anything but conducive. The buffalo flees before it can be slaughtered to provide meat for a feast to mark the engagement of a hard-drinking rubber estate owner's daughter (who, on her part, is not averse to attempting an elopement).

The runaway animal sparks absolute bedlam, the magnitude of which is captured by the propulsive original musical score by Prashant Pillai and director of photography Gireesh Gangadharan's phenomenally fluid camerawork. The mayhem unleashed by the beast is, however, no worse than the chaos that is whipped up by the teams of men hurriedly put together to recapture the buffalo.

They cannot see eye to eye. Old animosities come to the fore when Kuttachan, a man who has served time for sandalwood smuggling and believes he was betrayed, is summoned to shoot the buffalo dead. Antony the butcher is dead against the use of a firearm to kill the animal. The entire village jumps into the fray, but the animal proves elusive. The race against time sends anger soaring.

Jallikattu is both fire and rain. When the buffalo is about to be captured by men with flashlights and fire-torches running helter-skelter through the woods, a downpour begins. But the sheets of rain cannot douse the fire of anger and hate that burn unrelentingly among a group of people. 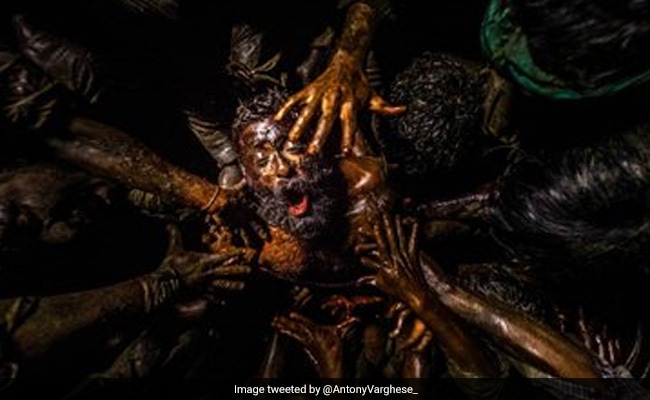 The film is a commentary on a strain of masculinity that is unaware of its own power to wreak havoc. In the initial scenes, we see predatory men gawking at women, a foul-tempered policeman slapping his wife, and sundry other male villagers generally making a sorry spectacle of themselves when faced with a crisis.

If you see the fleeing buffalo as a metaphor for all victims of violence in these volatile times, then the men who are chasing it embody all that is wrong with people on the verge of exploding into acts of desperation that are barely human.

The pursuers eventually end up in a giant heap that is a pictorial imagining of the years of accumulation of virile toxicity that has found outlets in the aimless volatility that we all are in the grip of. Politics runs like a thread through Jallikattu, but the film's intentions are never overt. Even if you watch it simply as a kinetic, exhilarating piece of cinema, it would be a memorably immersive experience.