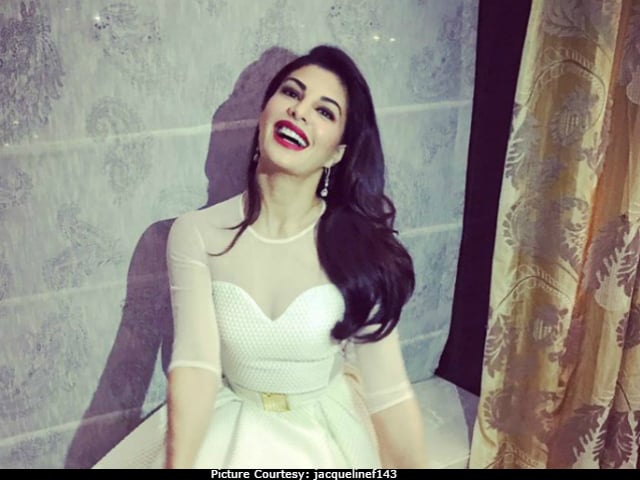 Jacqueline will next be seen in Judwaa 2 with Varun Dhawan (Courtest: jacquelinef143)

New Delhi: Actress Jacqueline Fernandez will be a "tour guide" for Canadian singer Justin Bieber, who is coming to India for his Purpose concert in Mumbai, reports IANS. The Housefull 3 actress told news agency IANS that she is a "huge fan" of Justin and will try to give him a "taste of all things desi." Jacqueline was quoted by IANS as saying, "I am a huge fan of Justin and I already have quite a few things I've thought of that would make his visit multi-dimensional. While he's in India I'd love to take him around and give him a taste of all things desi and be his tour guide." Justin will be performing in Mumbai's D Y Patil Stadium on May 10 as part of his Purpose World Tour.

The Kick actress' itinerary for Justin Bieber includes a visit to the Gateway of India, Iskon Temple, Colaba Causeway and also an auto ride through the streets of Bandra. There will also be a trip to the Film City, reports IANS. The actress, who already owns restaurants in Mumbai and Sri Lanka, will make the 23-year-old singer try best of Maharashtrian, South Indian and Gujarati delicacies.

Jacqueline, who is currently shooting for Judwaa 2 with Varun Dhawan and Taapsee Pannu, is also planning to take Justin to meet underprivileged children at the Dharavi slum area, reports IANS. Sonakshi Sinha will also be performing at the gig while Sunny Leone is still in talks to open the concert with a performance.

Arjun Jain, director of White Fox India - the sole promoters of the tour, was quoted by IANS as saying: "We are working towards finalising the itinerary and we hope to give Bieber a multi-dimensional perspective about India and make it a memorable event indeed."

Promoted
Listen to the latest songs, only on JioSaavn.com
Justin Bieber is expected to perform hits like Where Are You Now, Boyfriend, Love Yourself, Company, As Long As You Love Me, What Do You Mean?, Baby and Purpose, reports IANS. Justin Bieber's latest tour is to support of his last and fourth album Purpose, in which he has experimented with innovative electronic sounds. Apart from India, the singer will perform in Tel Aviv in Israel and Dubai in the UAE in the Asian leg of the tour.